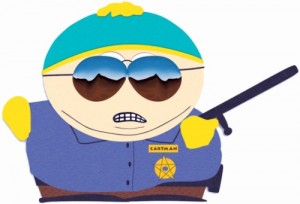 Matty Goldstein is a boss!

In response to the letter addressed to him by AAUP Associate Secretary Robert Kreiser, relating the association’s concerns with the policies, processes, and intimidation tactics surrounding the CUNY Pathways initiative and its implementation, our respected chancellor issued his own letter of testy rebuttal.

I have received your letter dated September 27, 2012. You are apparently not aware of the message I sent to the University community on September 19, 2012, regarding the subject matter of your letter. I enclose a copy for you.

As my message makes clear, I am in complete agreement with the principle that faculty have the right to vote on matters of curriculum according to their professional judgment and free from threats or intimidation. However, faculty are not empowered to ignore or violate a policy established by the Board of Trustees or the implementation of that policy by the chancellor.

The Board of Trustees approved the Pathways resolution in June 2011 Under my direction, the chancellery  has implemented that resolution in accordance with its terms, with the valuable assistance of hundreds of faculty who have served on the task force created for that purpose, on the CUNY-wide Common Core Review Committee and on transfer major committees. Numerous faculty at each of the undergraduate colleges are now engaged in the process of identifying, developing, and proposing courses to satisfy the Pathways resolution and guidelines. For the reasons set forth in my previous letters to you, neither the adoption nor the implementation of Pathways violates the principles of academic freedom or shared governance.

CUNY students have waited long enough for an efficient transfer system for their general education, major and elective courses. I see no reason to suspend the process for achieving that goal, especially as the board’s resolution specifically provides that the Pathways “policies and processes, including the Common Core, be reviewed and evaluated each year for the first three years beginning in 2013, and every three years thereafter, to modify them as necessary to improve them or meet changing needs.”

Past Articles
One comment to “Chancellor to AAUP: “Respect My Authori-TIE!!!””