After six years of no raises, CUNY profesors and staff delivered a wake-up call to university chancellor James B. Milliken, protesting in the early hours of
1 October 2015 in front of his $18,000 per month apartment, paid for by the university.

Over the past year CUNY professors and staff have been out in the streets protesting their five-year contract dispute with the university. With 83 percent of the city’s unions under contract, PSC-CUNY is left as the largest union without a contract, leaving 5,846 employees without scheduled raises.

In a recent email to CUNY professors and staff, PSC President Barbara Bowen told union members that they are prepared to strike if CUNY management fails to put a reasonable offer on the bargaining table.

“We’re prepared to escalate, and escalate and escalate,” says Bowen, whose next protest was planned for 4 November 2015. “At this point we feel we are going to have to take an action that is more disruptive, even unpermitted, to produce an offer.” 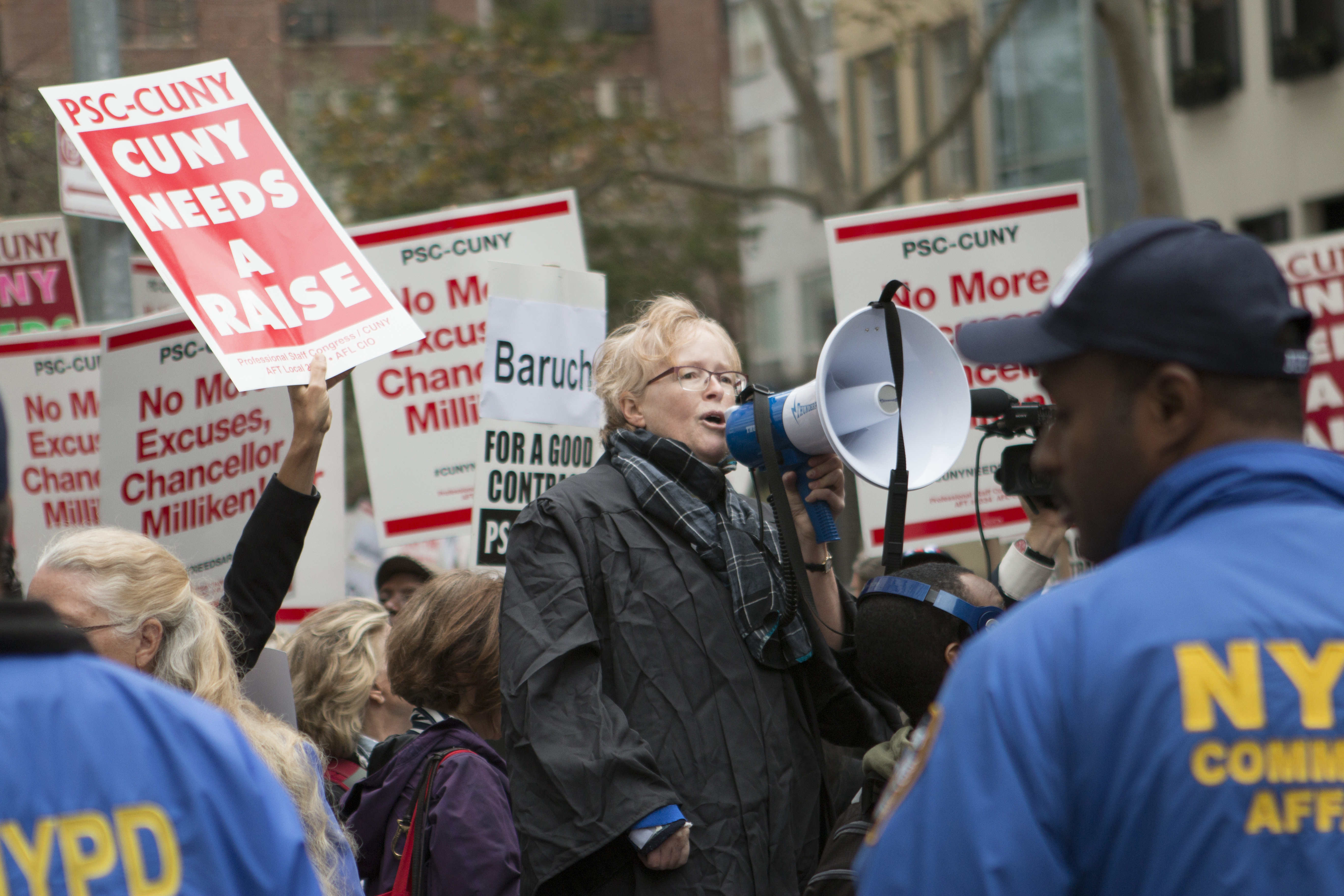 PSC Union President Barbara Bowen leads CUNY faculty and staff at a protest this past month as they call for an end to the contract dispute that has left them without raises for six years. 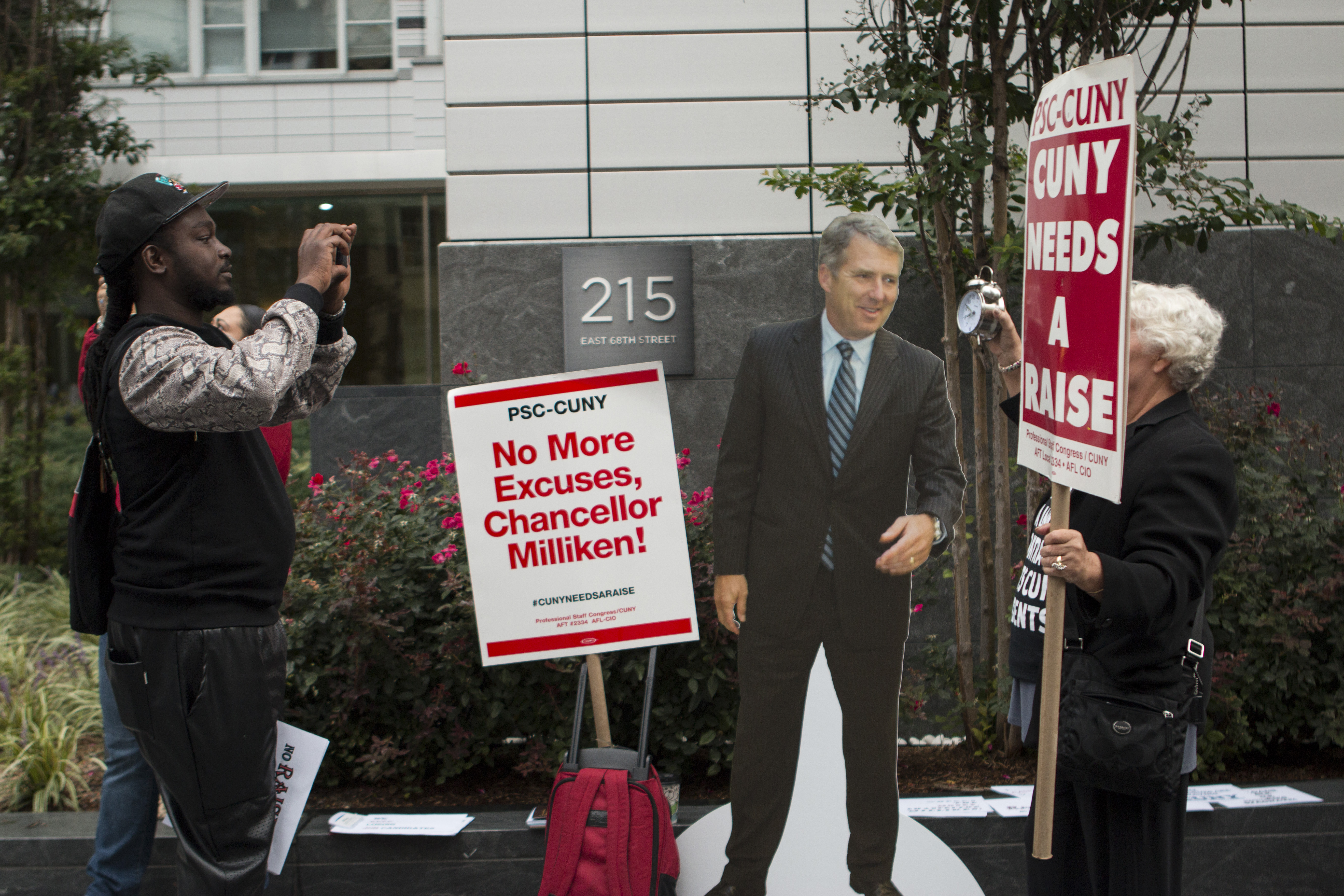 Protestors take a photo with their union-made signs and alarm clocks, telling the Chancellor to wake up and end the five-year contract dispute. 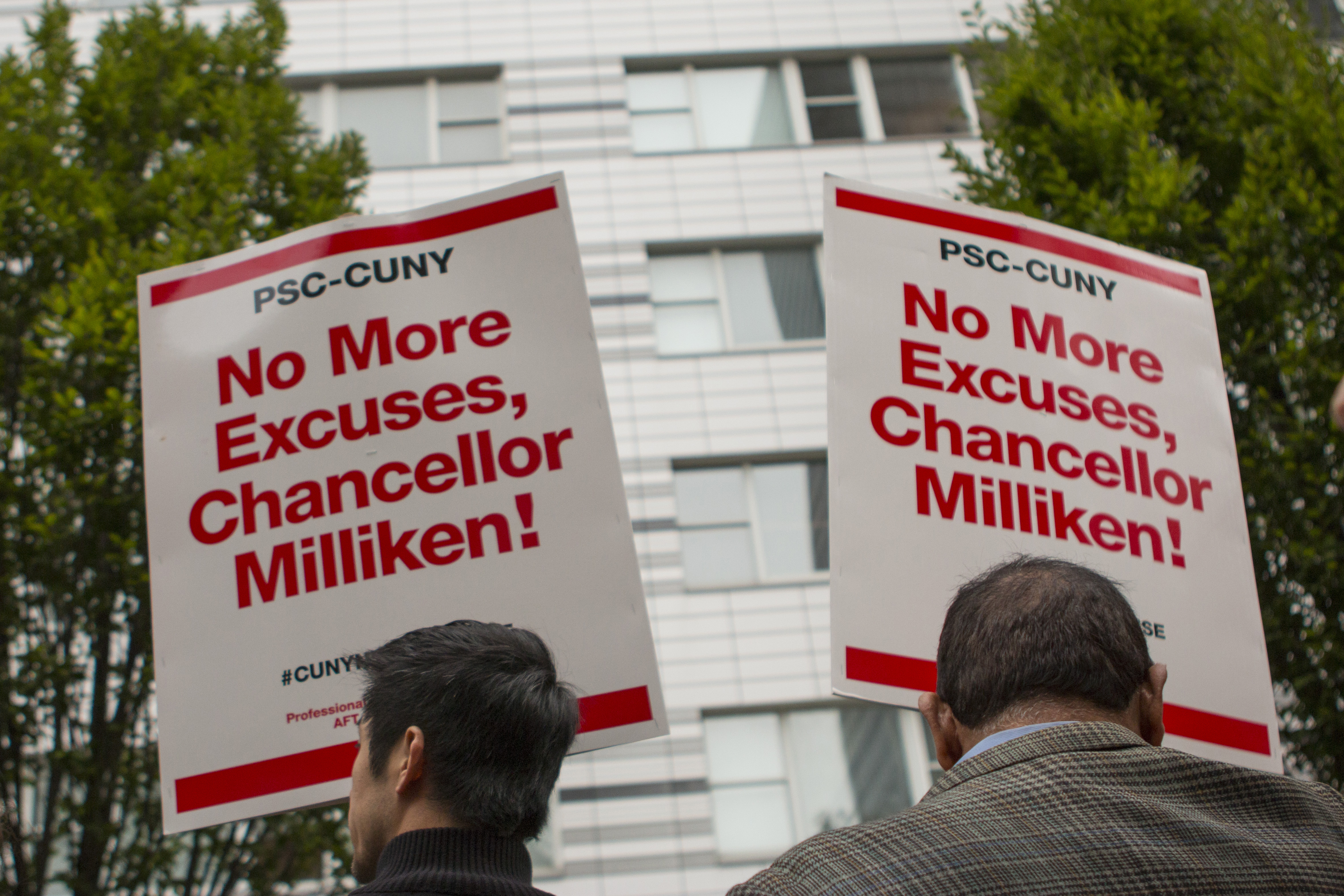 CUNY professors and staff protest in front of Chancellor Milliken’s $18,000 per month apartment, which is completely paid for by the university. 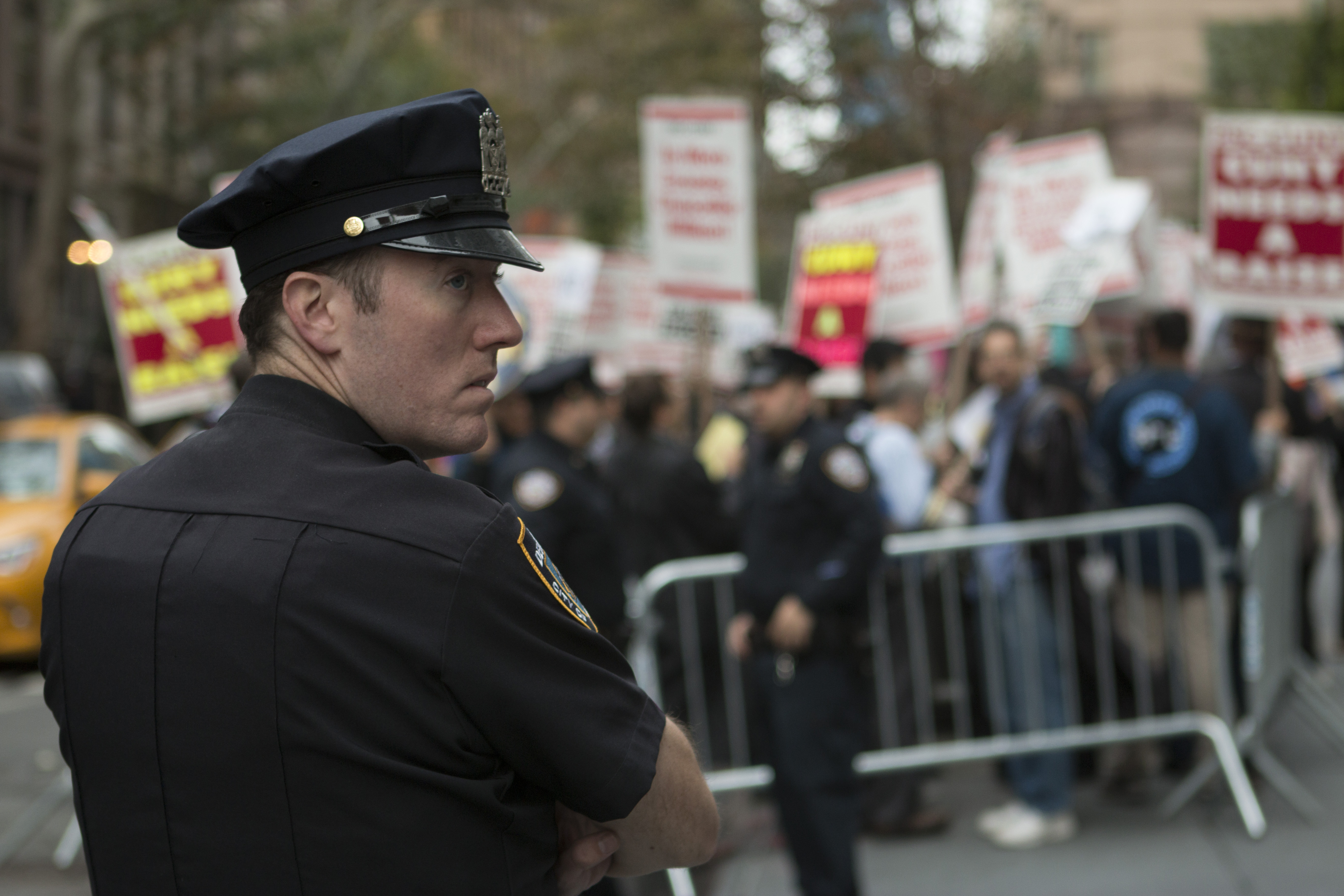 NYPD officers maintain a perimeter around the entrance to Chancellor Milliken’s apartment. 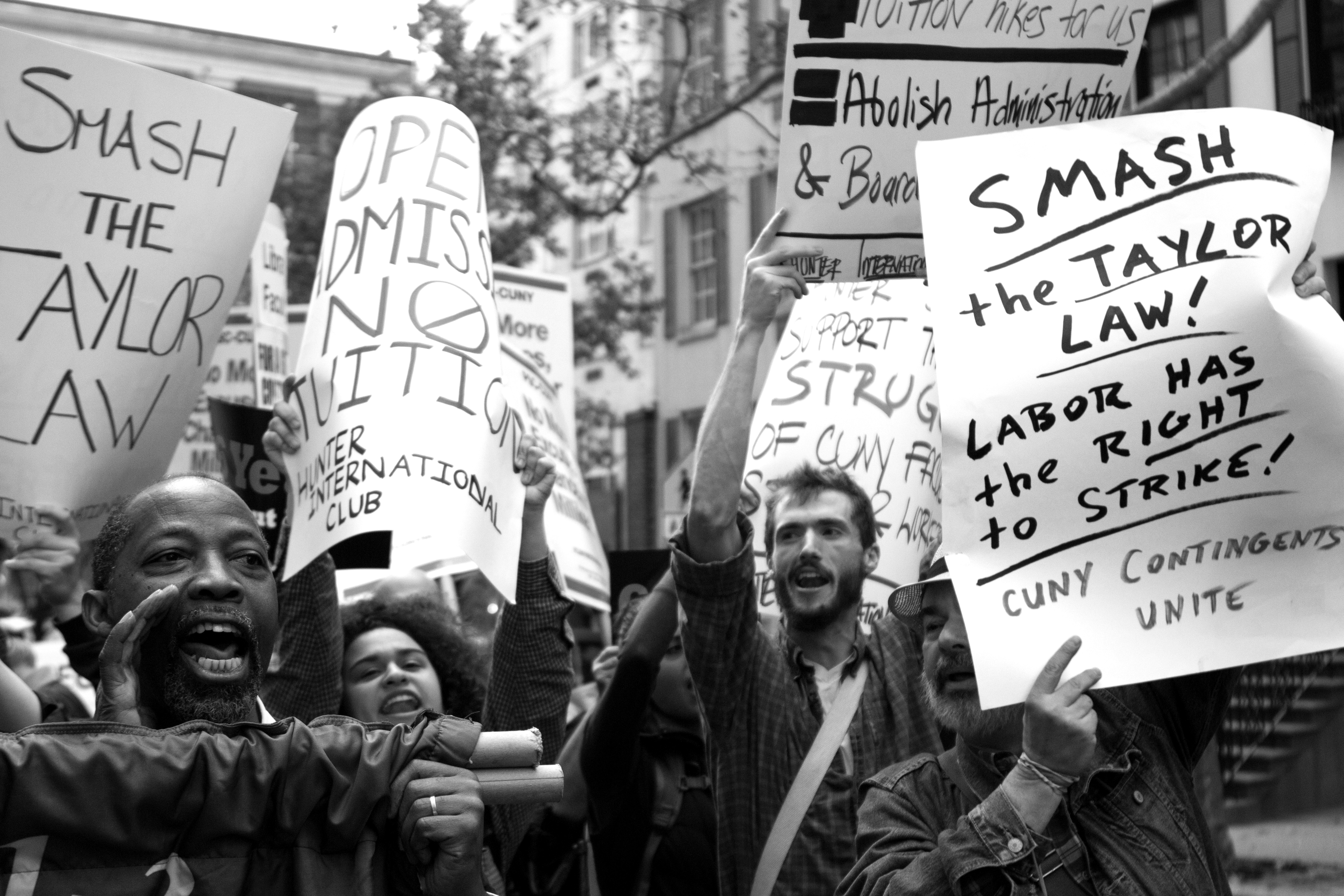 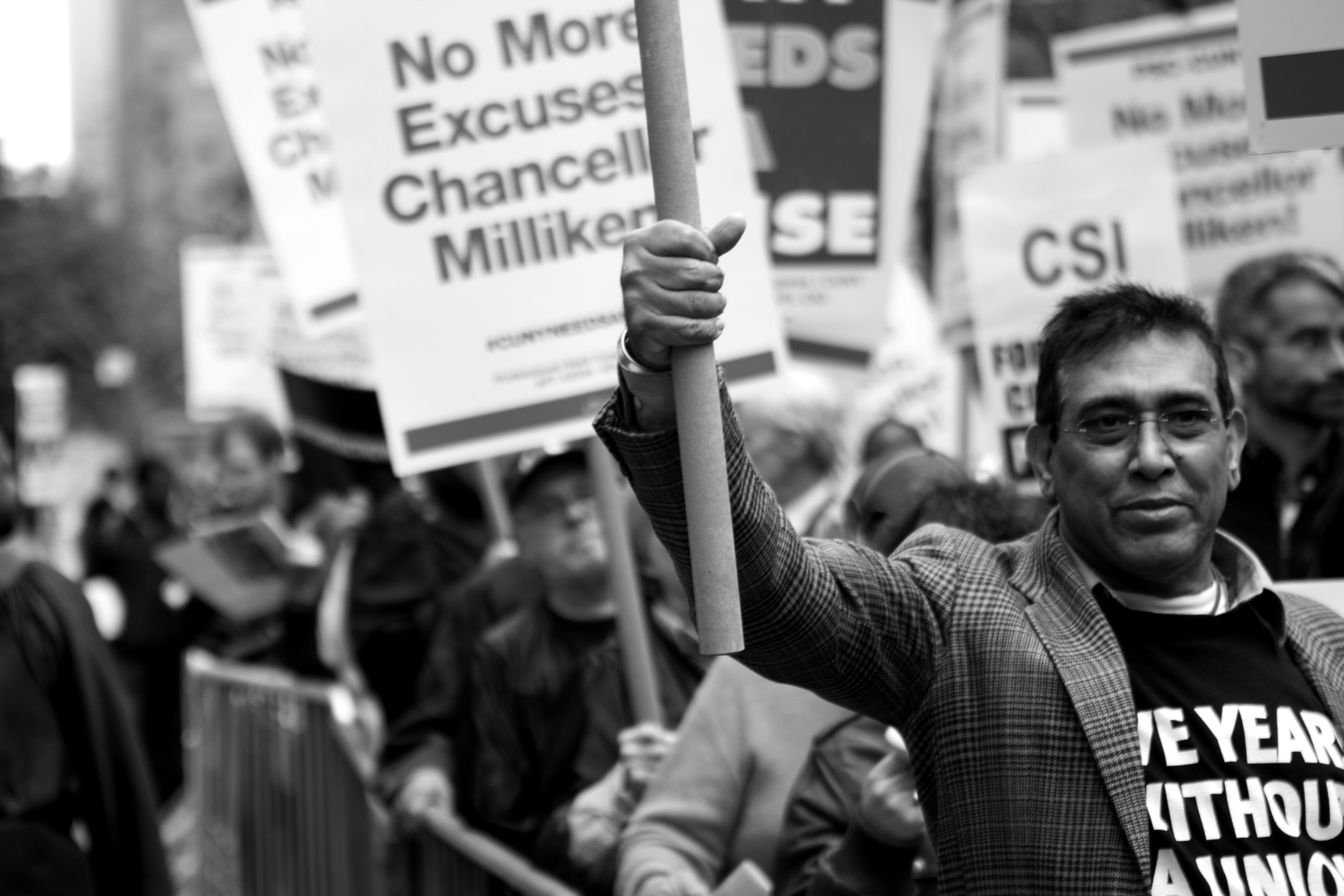