A friend of mine has a term for students who attend the first few weeks of a college-level course before abruptly disappearing. She calls them “ghosts,” an accurate metaphor for the student who is no longer a physical presence in your classroom, yet continues to haunt your attendance records.

As a first-year English Composition instructor, my biggest concern was attempting to meaningfully plan two lessons per week for the students who did show up. The ones who failed to make an appearance registered little more to me than a series of red boxes on my color-coded Excel sheet. When I finally realized that I had acquired my first “ghost” student, she had already been absent for several weeks. And although I considered reaching out via email, my good intentions were quickly vanquished by the distractions of my own academic career and social life.
When she suddenly reappeared in class almost a month later, I was a bit surprised to see her and gently commented that we should talk after class. While the rest of the students filed out of the room, she somewhat timidly approached my desk as I dusted chalk off my dark-wash jeans. I jokingly remarked that I hadn’t seen her in a while and she immediately began to ramble off nervous apologies about her attendance, with some broken sentences about “things at home.” She appeared to think I was angry or disappointed in her. Viscerally cognizant of her distress, I began to ramble myself, trying to explain that while it’s important to show up to class and stay on top of school work, the larger concern was that she needed to take care of herself.

Soon, students began to arrive for the next class, and we moved our conversation to the hallway where we both leaned against the wall for support. As we discussed campus resources and the many obstacles we face in our attempts to get help, I quickly realized that I had been completely untrained for this particular aspect of being a Graduate Teaching Fellow. While I had been exposed to more or less formal conversations regarding pedagogy, syllabus design, technological resources, and lesson-planning, never had anyone hinted that my students’ needs might not always be strictly academic in nature. 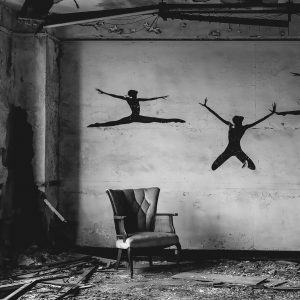 As my student began to cry and apologize for getting emotional, I told her it was okay and that it was a completely normal reaction to stress. I reminded her that everyone needs help sometimes and it doesn’t make them “crazy.” Yet, even as I tried to validate her emotional response, I felt uncharacteristically aware of the masses of people flocking by us between classes. Although most of them were surely absorbed in their cellphones, caring little about the world around them, I felt an instinctive urge to shield my student from the possibility of exposure. While I think it’s important to share the most vulnerable parts of ourselves, it seems equally important that we do so of our own volition. I wasn’t sure where to bring her. Even my adjunct office was sure to be packed with other people. We quickly brainstormed some ways for her to make up missed work, and I promised to send her a follow-up email with information about the campus counseling center. We hugged and she thanked me for listening.

As a rather new professor (and one who certainly looks too young to play the part), I initially wanted to establish firm boundaries between myself and my students in order to gain their respect and hold their attention. I was afraid that showing too much compassion would somehow negate my authority. But I quickly realized that walls do little to build trust, and that the more I got to know my students individually, the better they performed as a group in the classroom. 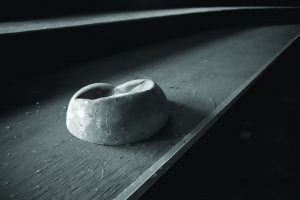 After our conversation, my ghost student started attending class again. I watched as she reengaged herself with the course material, and began establishing friendships with her peers. In the remaining weeks of the semester, I shifted my syllabus in order to better address the relationship between trauma and what might be called the “ethics of care,” or perhaps lack thereof, in the contemporary United States. We discussed the stigma associated with getting help, and how culture often pressures us to make it on our own. My students made astute observations about how little we expect others to actively listen to and care about us, even those we consider our closest friends. They brought up how many times “How are you?” is used as an exit from, rather than an entrance into, a conversation.

It saddened me that many of my students seemed to think that their professors, in particular, do not care about them. Or that our willingness to help extends only so far as the classroom and course material. I realize now that my own willingness to listen is something worth reiterating to students throughout the semester, especially as a certain level of comfort naturally develops within the classroom. While I certainly don’t need or want to know every detail of my students’ personal lives, I do hope they feel comfortable enough to notify me of serious issues.

Society teaches us that few people are willing to listen to us, and even fewer are capable of responding in the ways we need. We come to view silence as a form of self-care, even as it traps trauma inside of us. While the act of caring for someone else is not difficult, it’s often forgotten. Although I’d still consider myself a novice in the classroom, I’ve learned a lot since that first semester of teaching. I’ve interacted with over 200 students and become more comfortable with where the boundary between my students and myself should be. My courses often offer units on trauma and mental health, an overarching theme of empathy, and an openness about my own research interests related to both trauma theory and spaces and ethics of care. Perhaps this is partly why I am so often approached by students seeking advice on their personal lives. 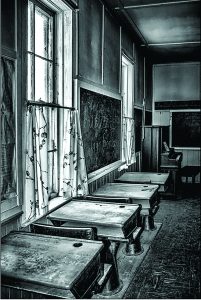 While I’m far from being a medical professional, I’d like to think I’ve learned how to handle these situations with grace. I’ve made myself an expert on campus resources available to my students, and grown comfortable in navigating those conversations—in holding space for my students so that their voices might be heard, which is possibly the biggest impact I can make. However, this brings up the under-discussed issue of emotional labor that many graduate students (and other faculty members) face, while also calling into question the training we’re provided to handle such sensitive issues. While many news outlets are currently calling attention to the rise of mental health issues on college campuses, CUNY appears to be lagging behind when it comes to getting our students the care they need. While there are campus counseling centers, many students are unaware of these resources or afraid to seek them out unless prodded. And many full and part-time professors are untrained in ways to identify and speak with students in need of crisis intervention.

Knowing that our undergraduate demographic is often made up of vulnerable populations, especially in the current political climate, I’m surprised that so few resources are in place to assist faculty in navigating these conversations. We’re all well-aware that our students’ identities are multi-faceted and that they’re often attempting to juggle many roles at once. In order to ensure their academic success, we face an obligation to acknowledge the many obstacles to achievement that exist outside the institution rather than simply chalking it up to poor work ethic or a lack of desire to engage with more difficult course material.

And professors need more resources too. Training in crisis intervention would be a good start, but it should also be acknowledged that the most energy-draining portions of our work sometimes take place outside the classroom. In just two years of teaching, I’ve had private conversations with almost a dozen students that led to the disclosure of trauma and often to tears. Yet, what’s in place to help professors succeed in their own roles as teachers, mentors, or simply as human beings who might absorb vicarious trauma through these interactions? While this might be some of the most emotionally—and perhaps intellectually—laborious work we do on our undergraduate campuses, it is also the most undervalued.

Of course, the concept of emotional labor is itself enmeshed in a problematic politics of gender.When I discuss ideas of emotional labor with my male colleagues, they’re often perplexed, claiming that they rarely have intimate conversations with students who are facing moments of crisis. This type of emotional labor is considered “women’s work,” despite our institution’s generally progressive and liberal leanings on issues of identity. 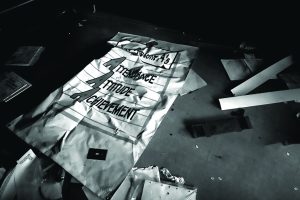 I fully acknowledge that not all faculty—from graduate students to those with tenure—might be willing to take on this role with their undergraduates. Some may even have strong feelings that we should be doing the opposite—that our role should remain strictly academic in nature and be confined to the content of our degrees. And, to be clear, I’m not arguing that everyone needs to maintain this level of involvement with their students’ personal lives. We all need to find where our own boundaries lie, and there are many other ways in which faculty help care for their students, whether it be through more traditional office hours or through supervising student organizations. But if we don’t feel comfortable or well-equipped to handle certain discussions, we should at least know how to responsibly redirect our students to other resources. We should be able to identify signs of distress and be supported by the university in addressing them.

At CUNY, we take pride in our intellectual and often political labor. We consider ourselves a force for change within New York City. Our activism makes headlines, as it should. But we must also take into consideration the underpinnings of those efforts—the emotional labor that goes into teaching and everything else that we do—and call for the resources we deserve to equip ourselves and our students with the tools necessary to succeed both within and without the academy.