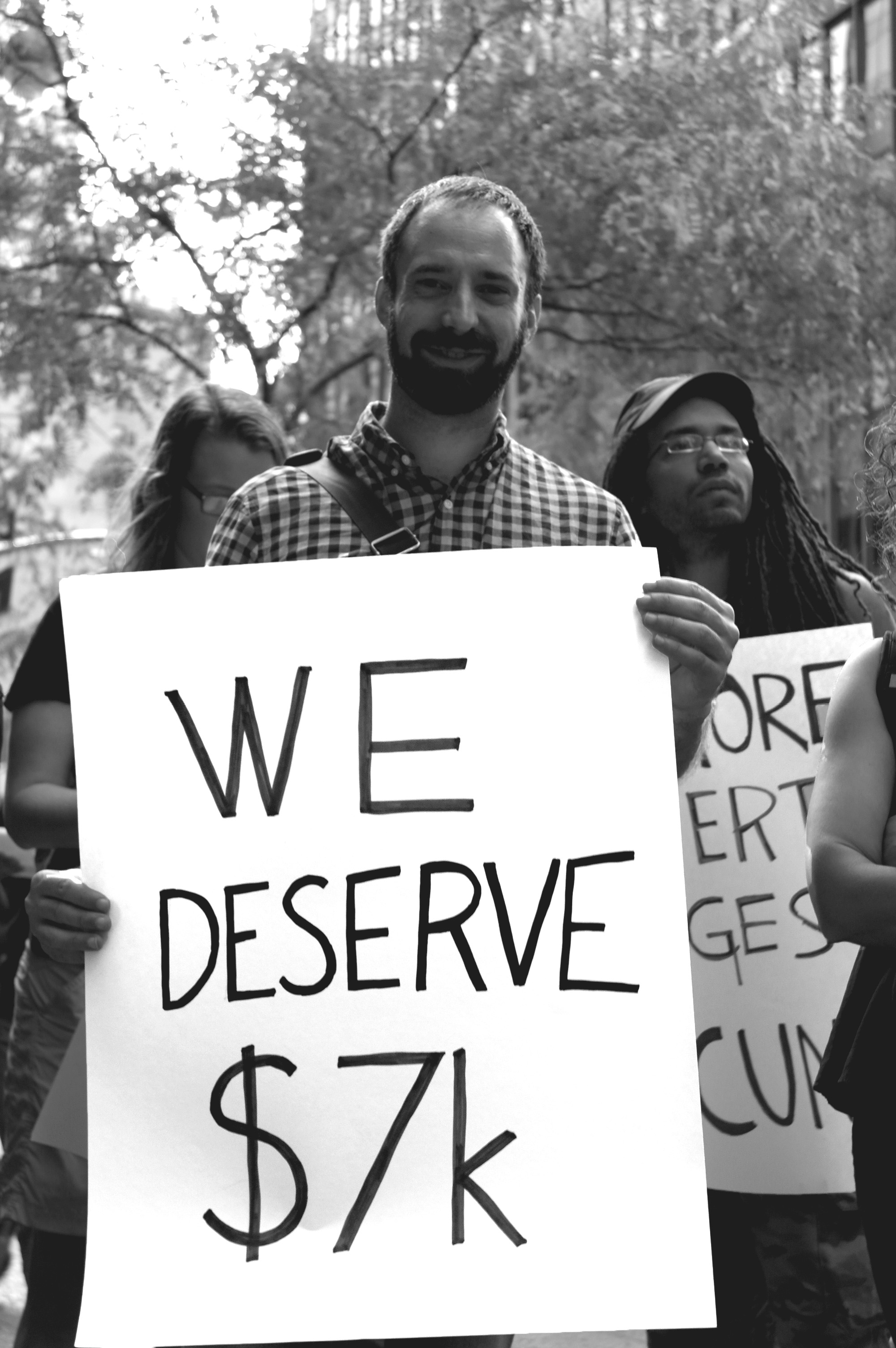 On 26 September, one hundred CUNY faculty, students, and comrades from all across the city picketed outside Governor Cuomo’s Manhattan office, and marched to CUNY Central, the headquarters of CUNY management. We wanted to send a clear message to Cuomo and CUNY management there will be no excuses this time: we demand a $7k-per-course minimum wage and meaningful job security for adjuncts in the next PSC-CUNY contract! The entire demonstration was organized by an independent coalition of PSC rank-and-filers and was co-sponsored by CUNY Struggle. Despite having done absolutely zero work to mobilize membership for the coming contract fight, PSC leadership refused to endorse this rally, attend, or even give us access to their communication apparatus to spread the word that it was going on. But apparently we still managed to get the word out!  And whether Cuomo, the CUNY management, or PSC leadership likes it, we’re just getting started.

We refuse to let this contract be the latest chapter in ‘A Tale of Two CUNYs’!

The contract for PSC-CUNY, the union for CUNY professors and many higher education staff, is set to expire in November. A majority of professors in the CUNY system are adjuncts, working for a mere $3,200 per course with no job security. CUNY contracts consistently distribute the vast majority of raises to the professors who already earn the most money, widening the gap between the haves and the have-nots in the CUNY system. It’s time for CUNY to give its adjunct faculty a $7k-per-course minimum wage and real job security! 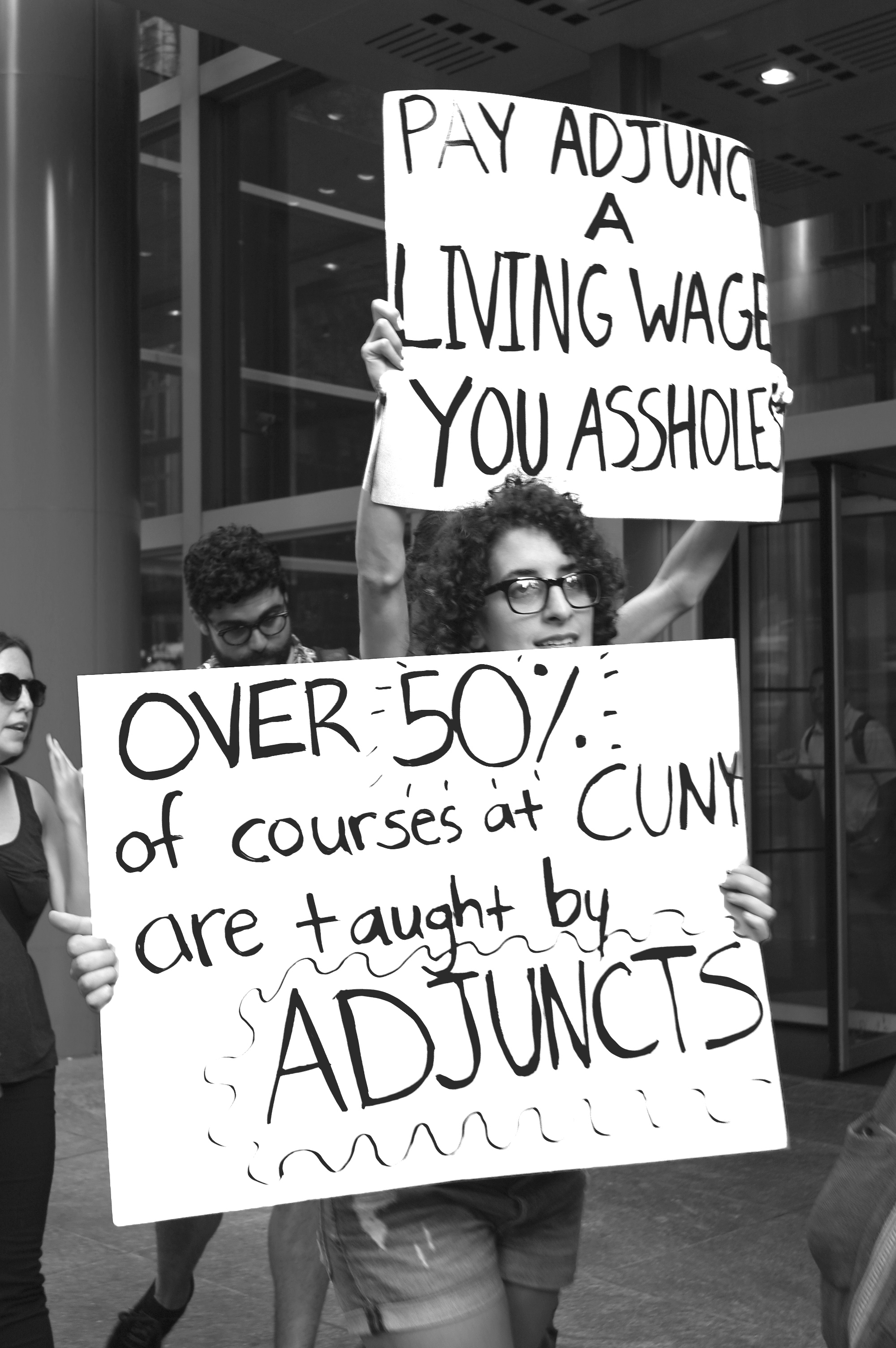 CUNY currently spends only 5% of its $5,000,000,000 annual revenue on adjuncts’ wages – the workers who comprise over half the faculty and teach over half the classes. CUNY has the money. Raising the minimum wage for adjuncts to $7k would take only another 5% of CUNY’s revenue. Time to cough it up!

Adjuncts are college professors and at CUNY teach college classes for sub-minimum wage. Across the country, adjuncts are rising and demanding the wages that they deserve. The contingent faculty unions at Tufts University and Barnard College both won minimum per-course rates of at least $7,000 for the coming academic year. CUNY sets the low watermark for adjunct pay in the entire City of New York. It’s time to reverse this trend. 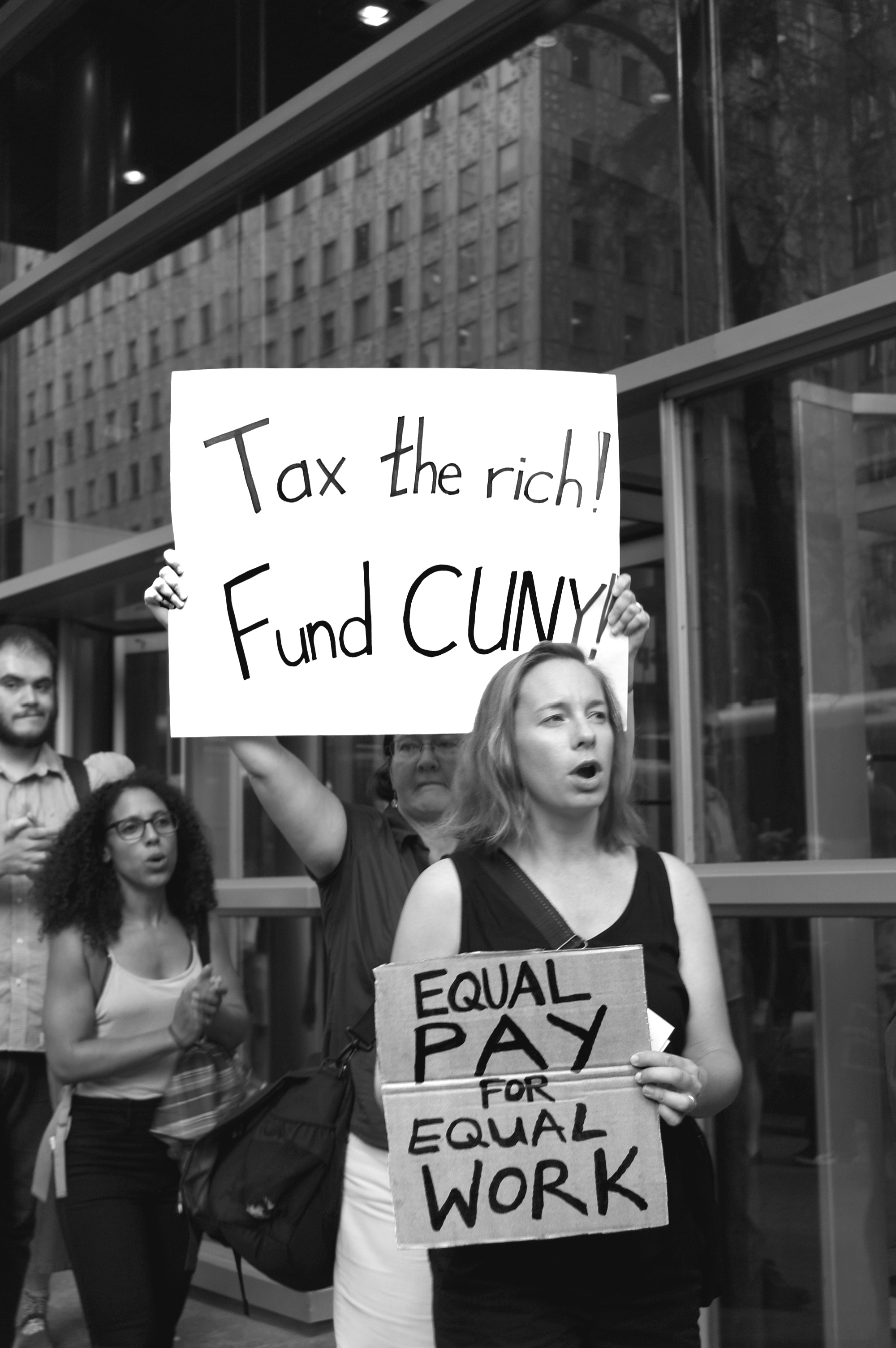 Across the country, universities are increasingly relying on adjuncts to lower the wages and job security of everyone, including tenured faculty. Only by taking a stand for the bottom tier of CUNY’s workforce can we begin to buck this trend and turn the tide toward a living wage for all in the university, as well as optimal learning conditions for students. 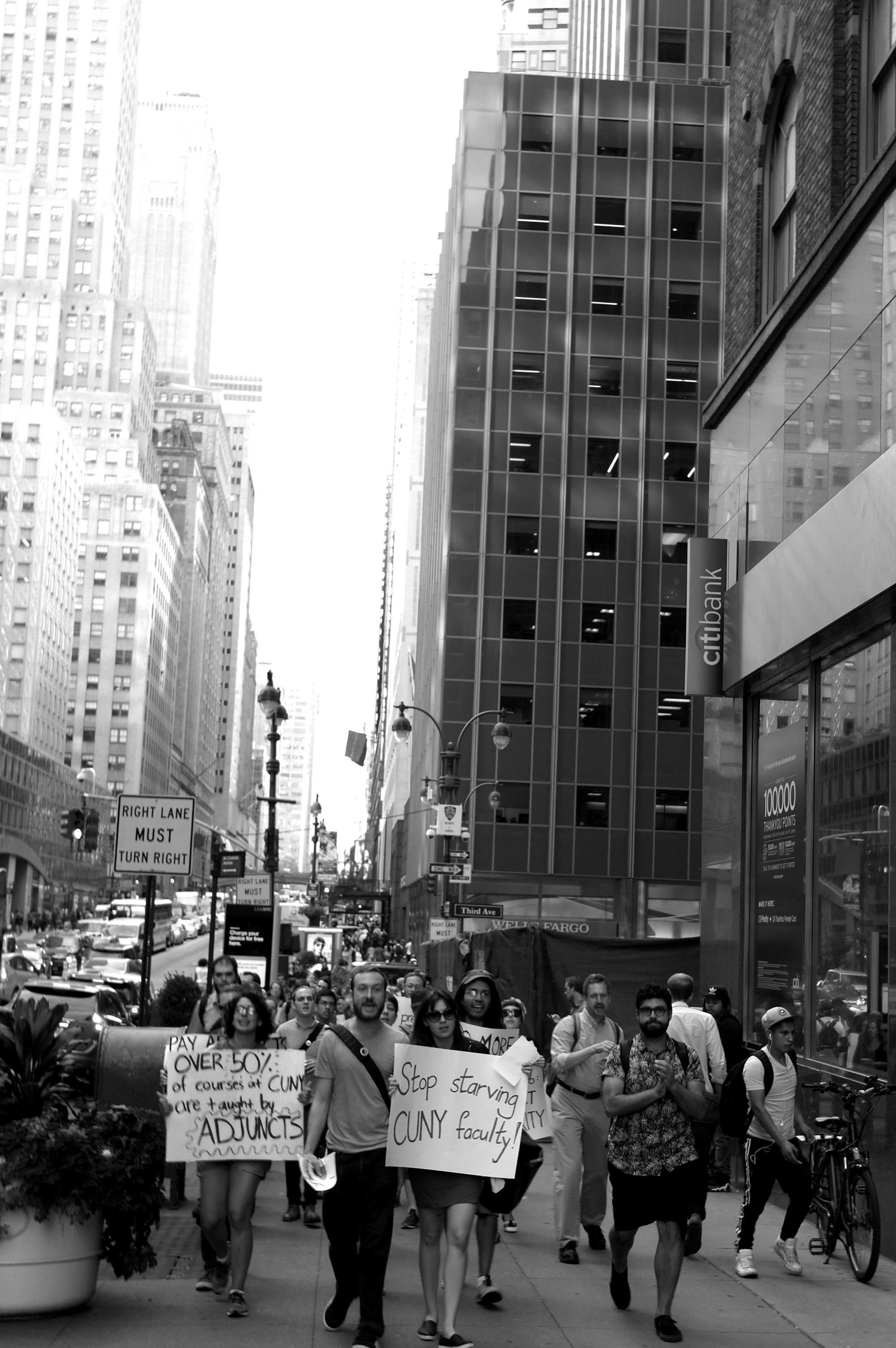 Join our growing grassroots movement for $7k and job security… and accept no substitute!