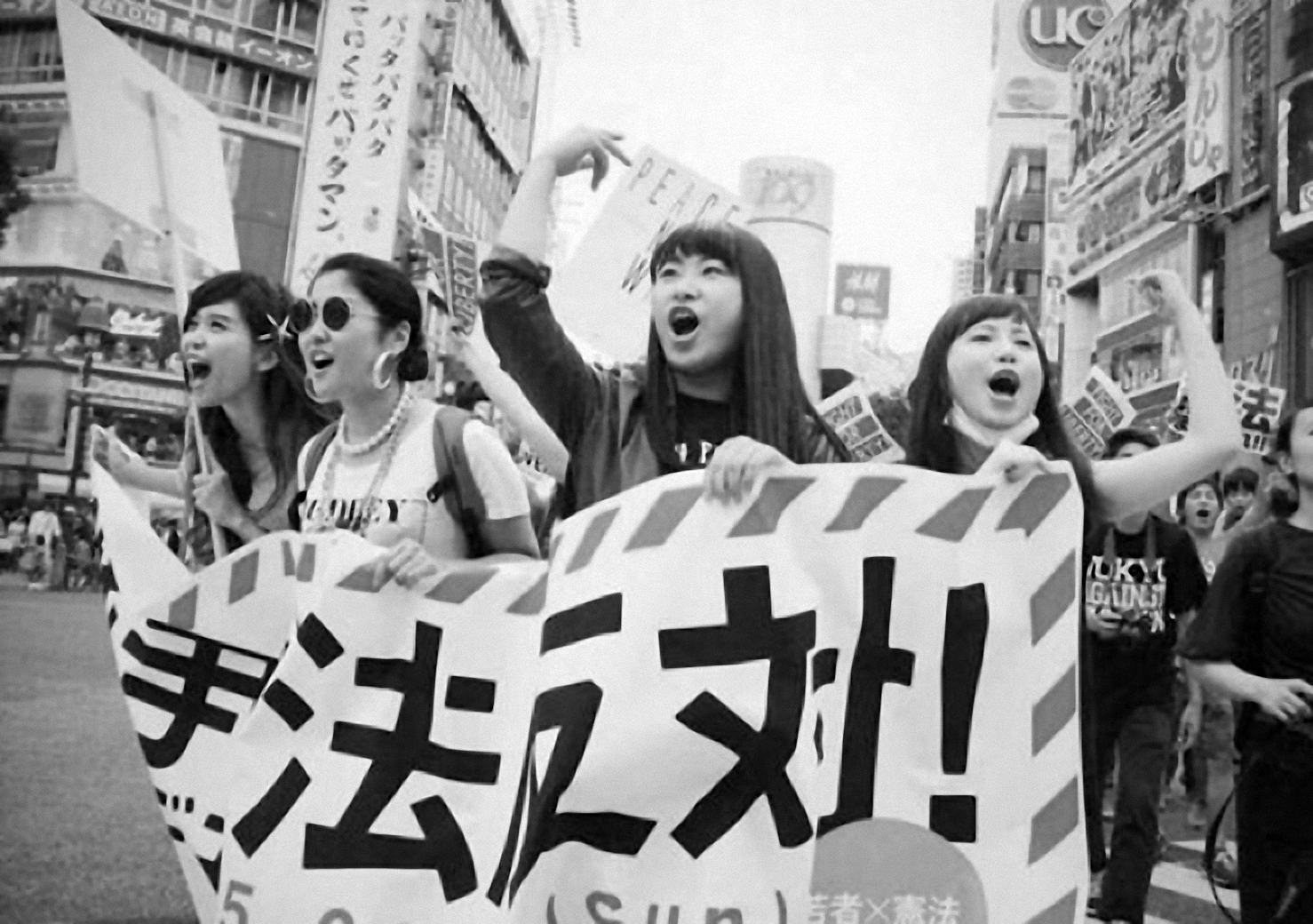 On January 27, at Meiji University in Tokyo, a line of middle-aged and senior women queued outside the auditorium. They waited to join the second day of activities organized by Tokyo’s “Women’s Union” that weekend. On this day, the Union planned to divide the women into several work groups to discuss issues affecting women in the workplace, issues like sexual harassment, maternity harassment, equal pay for equal work, and mental health.

Once all the women had chosen their groups and taken their seats, my wife and I announced our intention to join the discussion groups as part of our research on the Japanese precariat, a group in which women constitute a large majority. As I signed in on the attendance sheet, my wife reached for a cute yellow flower pin she sees on the table. She is suddenly stopped by the staff, who explains “these are supposed to be pinned to your clothes, in case you want to tell us that no one can know you are here. So that we don’t take any photos or video of you during the event”. Looking again at the room, we suddenly noticed several women wearing face masks to hide their faces.

While not the first time we see activists using masks to hide their identity in order to prevent repercussions from colleges and companies – such a practice is common among anti-racist counter-demonstrators in Japan yet less common among bolder racist demonstrators – the idea nonetheless caught our attention. A week earlier, I had learned about this event during an interview with the union leader of one of the main labor unions in Tokyo. The union leader also said she had noticed that the majority of the union’s followers on Twitter were actually corporations. These corporations seemed eager to understand what we are doing, she said, so that they could prepare the counter-movement immediately. That’s why these unions never posted their strategies or actions on Twitter.

However, it was not the surveillance, both from the State and from the companies, which worried these women the most. Their main concern? How can we get young women to join us?

The leader whom I interviewed raised this to me first, but when my wife and I arrived at the Women’s Union event, we understood her concern immediately.

Youth activism has been rare in Japan for many decades now. Until very recently, when youth activism became more common, the protests of 1968 stood as Japan’s most recent memory of it. When Prime Minister Shinzo Abe, leader of the ultra-conservative LDP, attempted to revise Japanese constitution towards a more militaristic and imperialist agenda, Japanese people were surprised to see a new group of militants in the streets in front of the National Diet, protesting the revision. Young voices, both male and female, were taking to the streets again, just like 1968. Unlike their antecedents, however,  this group substituted confrontations with police and occupying public buildings with artistic performances about politics. They were trying to appeal to the common denominator of Cool. These youth gathered under the banner of SEALDs: Students Emergency Action for Liberal Democracy. The name invokes a bit of irony, as the ultra-conservative party in power is called the Liberal Democratic Party.

SEALDs adopted a different strategy than other activists, using street performances and youth aesthetics such as fashion, freestyle rapping, and call backs to reach Japan’s youth. Their strategy attracted supporters simply by making resistance politics look cool. In order to do so, SEALDs had to choose a path of nonviolence in their demonstrations, strategies that wouldn’t alienate more moderate and timid youth.

While SEALDs efficacy as an activist group is contested, their role in bringing young people back to politics was a significant one. SEALDs was also indicative of something else to come to those who paid close attention to their politics and tactics. Much like other political movements occurring around the world, SEALDS was an autonomist movement. Unlike other movements, however, SEALDs was composed mainly of young women.

SEALDs strategy of placing young women at the forefront is perhaps their most significant legacy. The images of young women speaking up before their supporters was widely circulated by the Japanese media, galvanizing more and more female support for the group. 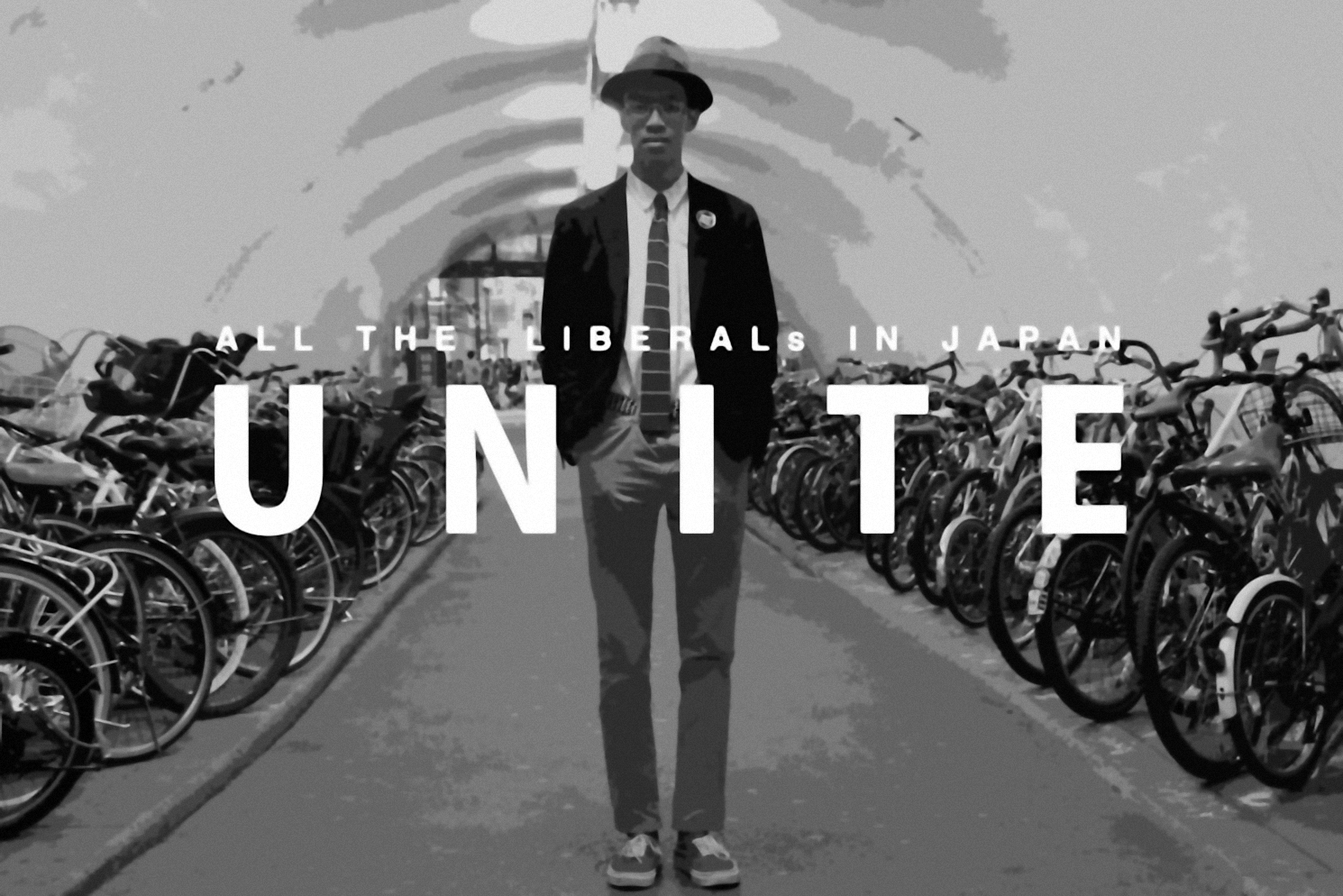 Not long after, young activists in Okinawa, inspired by SEALDs style activism, began to enter local politics in support of progressive, anti-US military base candidates. I was surprised to see that an old classmate of mine had left Tokyo and returned to Okinawa to get more involved in local politics. The last time we spoke, she was leading the youth supporters group for candidate Governor Denny Tamaki, a progressive politician and a relentless fighter against US bases in Okinawa. Women were not only occupying leadership roles on progressive campaigns such as this one, but also constituted a large share of grassroots support. A similar pattern is being repeated by young activists organizing against the new Henoko US-Military base.

But perhaps the most visible and controversial group to emerge originated as a reaction to a typically sexist Japanese magazine. SPA!, a Japanese tabloid, published an issue whose cover story was a Top Five ranked list of universities with the “easiest girls to have sex with”. The piece featured suggestions for which alcohol would best facilitate sexual conquest. However, on what seemed like any other day in Japan, a young woman, Kazuna Yamamoto, from ICU (International Christian University) brought the magazine article to the public’s attention, using the internet to reach as much people as possible. Kazuna soon had an extensive following, a group of young women who joined her to form an activist group and demand the magazine’s contrition. Kazuna, however, wanted more than that. She wanted meaningful changes and refused the magazine’s apology. She demanded a meeting with the magazine editorial board and then issued her demands: for SPA! to publish a whole edition focusing on the issue of consent and a commitment to approach sexual topics from a female perspective.

The group’s initial victory, inspired by the boldness of Kazuna, attracted the attention of several other young women in Japan, including celebrities who are seldom allowed to speak publicly about politics for fear of the public’s reaction. Using Kazuna’s momentum, the group consolidated into Voice Up Japan. The name was inspired by the notoriously low rate of Japanese women who feel able to fight back, report on, or even speak out about sexual abuse in Japan.

Currently, the collective is focused on ensuring that a group of male students from the prestigious Keio University will be held accountable for gang rape accusations made by university students, including minors. These male students were members of a circle responsible for organizing the Miss Keio event, but the event was cancelled after the group was found to been using the event as a cover for getting girls drunk and gang raping them while filming everything on their phones.

It is important to clarify to the reader that such circles are nothing new in Japan’s university life. In 2014, it was revealed that female Meiji University students, who were found extremely drunk on the streets, were drugged by members of such “rape clubs.” I first heard of such circles when studying at Tokyo’s Waseda University, which was the site of the first widely publicized case of rape clubs in Japan: the infamous Super Free, in 2003. But even after the conviction of the circle members and the adoption of new legislation to combat such activities, another group was arrested in 2006, this time from Kyoto University.

Nowadays, rape clubs are expected to exist in most large universities in Japan. At the beginning of every semester, we would receive e-mails with information for identifying and reporting rape clubs in our universities. Yet rape-friendly articles in magazines were a large part of the Japanese publication world.  The young women university activists, supported by a mass female base in Japan, were able to successfully challenge this cultural practice. This new generation of young women is best equipped to contest these violent norms.

The genealogy of social movements in Japan has a deep generation gap. Political activism á la 1968 has become less relevant and effective. The age of social media and “cool” aesthetic practices, however, attracted a new generation of young people, particularly young women. This contrast was made very clear to me when I was working in the Shinjuku area of Tokyo. After watching the young people from SEALDs on the internet at the office, I would walk back to Shinjuku station where many activists were holding posters and marching around,  trying to figure out if any of them were under the age of 70.

The young Korean women, however, adopted strategies starkly different from those of their Japanese sisters. Rather than the media-friendly cool of the ICU women, the Korean protestors engaged in the shock politics of two women shaving their heads onstage in front of an audience of young protestors wearing T-shirts emblazoned with the message “angry women will change the world!” While the Japanese girls were always keen to emphasize they wanted men to join their movement, that their collective was not only for women, the Korean demonstration’s leaders gathered 55,000 members, all of them women.

Using different organizing strategies, the Korean women wrote a long list of goals. What did they accomplish? Well, many websites were taken down; stores selling spy-cams were closed; and South Korean president Moon Jae-In mobilized the police force to inspect bathrooms for spy-cams and made a $5 million investment on equipment to detect micro-cameras. Well…it seems like the only thing left in their check list is patriarchy…

Our Chinese comrades have seen brilliant results in the continent’s mainland. Recently, the rise of young feminist activists in several Chinese universities has posed a challenge to the Chinese government. The activists are demanding women’s rights and an end to sexual abuse. Operating in a very different landscape than their Korean and Japanese counterparts, these women were able to outsmart government trained censors and stand up to pro-government bullies in order to mobilize support of women across the country by pushing against the slew of sexual assault cases that go unpunished and unreported in the country. What did their strategy accomplish? The single-party dictatorship of China has come up with a legal definition of sexual assault for the first time in the country’s history, which would enable women to sue their sexual harassers in court.

Each of these cases employ different strategies for the rights of women in authoritarian states. Despite their variety, all of these new social movements were shockingly successful in their achievements. The only common denominator among these groups is a new generation of women who are taking the political stage: organizing, mobilizing, and strategizing in the foreground of their revolutions. Young women in these East Asian countries who are taking charge have already accomplished far more than past efforts could. In a world where conservative states are taking power and progressive and leftist politics are under siege, these young women have shown the world that when women organize and mobilize the base, grassroots movements can attack the seemingly invulnerable Fascism from below. Their devastating blows will bring fascist chauvinism to their knees. Now, let’s see if they’ll deliver their final blow.