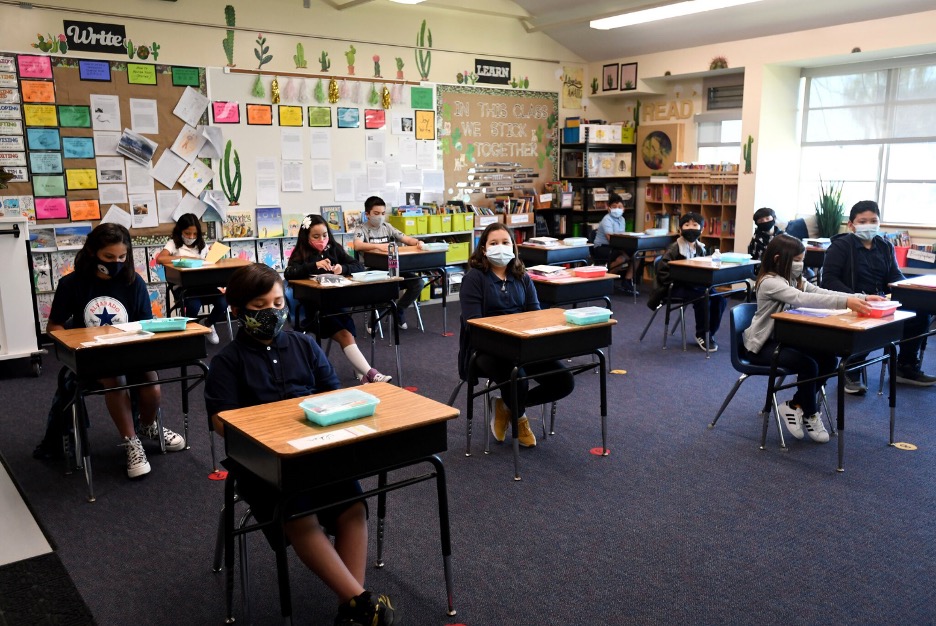 During the pandemic, it’s been nearly impossible for kids to let loose at school and just be kids—facing COVID-19 restrictions, missing out on beloved traditions such as field trips, dances, and athletics due to cancellations, and dwelling on their mortality, rather than just homework.

As a middle-school teacher, I’d been searching for ways to lift students’ spirits and create a sense of normalcy. Then, an unforeseen solution appeared, in the form of an often-maligned, cultural and dance-music phenomenon from my own childhood — disco.

I work with seventh graders in a rural, Georgia school district. I love them, but 12-year-olds are probably the weirdest humans, by far. Against the backdrop of puberty, they fluctuate wildly from joy to tears to rage, sometimes in the span of a few moments. They routinely fight, lie, bully, fart, share heart-warming, personal stories, and yearn for as much attention as anyone is willing to give.

Above all, a seventh grader needs constant, adult supervision. Granting even a little freedom can lead to disaster.

In November, I worried what might lie ahead when our assistant principal and two of our seventh-grade teachers had to miss school because of a student disciplinary hearing off campus. When a substitute teacher failed to show, leaving us short-staffed, we expected the worst, especially since it was Friday before the week-long Thanksgiving break when students are already revved up and unfocused.

Worldwide, behavior problems have skyrocketed in classrooms, as kids struggle with COVID-19 angst and struggle to relearn social skills lost after months of being cooped up at home. Principals’ and counselors’ offices are seldom empty.

The first part of the school day passed without incident, but the real test would happen around noon, the moment when almost 200 seventh graders assemble for the cacophony of gossiping, arguing, and open-mouthed chewing known as lunch. Lunch is when seventh graders tend to forget impulse control.

I led my kids into the cafeteria, caught off-guard by the reverberations of a bass riff. Our school was in the midst of a two-week fundraiser, and for some reason, the company conducting the event decided a Friday before a holiday was a good time to bring in a DJ to motivate the students.

My colleagues and I were on edge, not looking forward to the next 30 minutes of crowd control or possible anarchy.

But I found myself captivated by memories blaring from the speakers, a collection of classics from the 60s, 70s, and 80s. I’m a 56-year-old. This was my music.

These were some of the very songs I listened to on AM radio when I attended middle school. I couldn’t resist singing along to “My Girl” by the Temptations.

Out of the corner of my eye, I noticed one of my students laughing and mouthing to a friend, “Look at Mr. D.” It wasn’t mean-spirited, but I didn’t care, regardless. This was the first time since the pandemic began that I was enjoying music with others, and I wasn’t going to let the moment pass, even if children were giggling at me.

The DJ switched to disco, and suddenly, amazingly, the kids were singing, too.

How do they know the words? 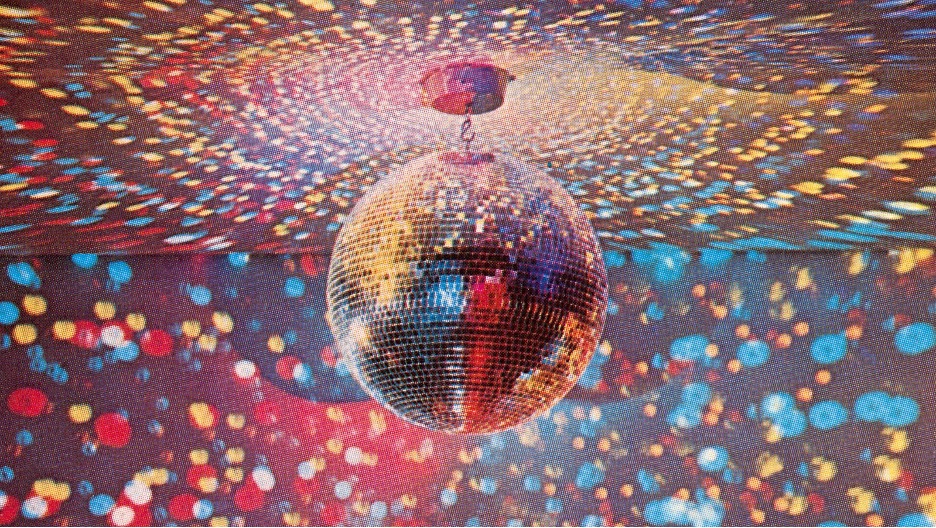 In the late 1970s, disco was the most popular music in the United States, but that ended on July 12, 1979, during a Major League Baseball promotion at Comiskey Park in Chicago. Spectators were admitted to the double header for 98 cents if they brought a disco record. In between games, organizers blew up the records on the field, leading to a riot, and the cancellation of the second game. Shortly thereafter, cries of “disco sucks” swept the country and disco was officially dead.

More than 40 years later, disco experienced a revival, in 2020, the same year the coronavirus shut down the globe. Fans couldn’t gather to dance. Most clubs were closed, and yet, people wanted to, needed to, move to the hypnotic, disco beat.

The singing in the cafeteria escalated.

Should we tell them to quiet down? Will the kids get out of hand and do something stupid?

We let them go, even with a few children gyrating in their seats.

Next, a girl tentatively approached the teachers’ table.

Without hesitation, my middle-aged colleague replied, “Sure!”

A few of the braver kids wasted no time showing off their moves. I admired their courage. Even though seventh graders are crazy, they never want to stand out from the pack for fear of being devoured.

I didn’t possess such gumption at that age, and with my lack of rhythm, I’m still uncomfortable getting on the dance floor; however, I cast aside decades of awkwardness the second I heard that iconic, trumpet fanfare beckoning me, an unforgettable tune from 1978, my eighth-grade year, a song that topped charts around the world and is still a mainstay at weddings and karaoke bars from New York to New Zealand — “Y.M.C.A” by the Village People. 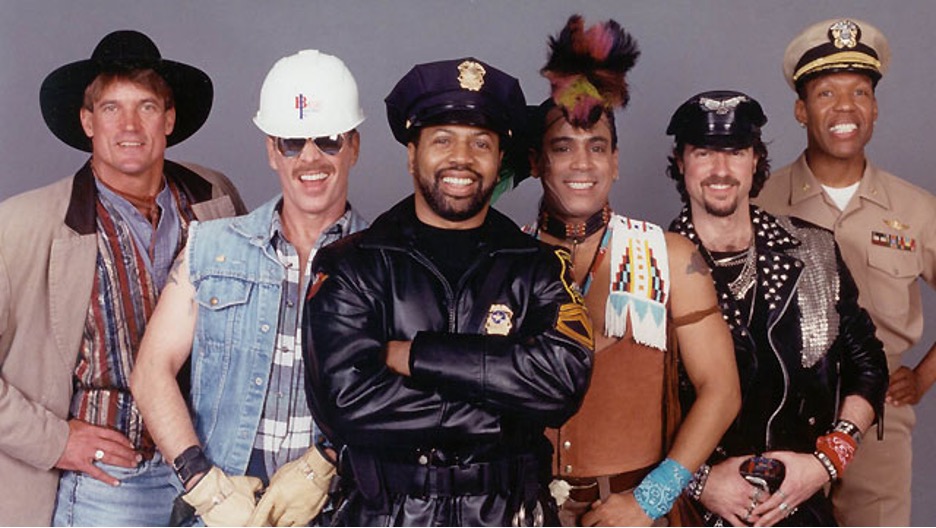 I turned to my friend Amy.

We grooved with gusto, throwing out our arms to form the famous four letters in the chorus: “It’s fun to stay at the Y.M.C.A.”

Our lack of expertise and limberness didn’t matter. The group of five or so student dancers swelled to 50 or 60, along with almost every teacher, prompting a cheeky student to exclaim to an instructor, “Miss, it looks like you’ve spent a lot of time at the clubs!”

Normally, by this point, a kid would have shoved a classmate or thrown a milk carton, but on this magical Friday, all was well, as three generations got reacquainted with what it was like to celebrate as a community before the arrival of COVID-19.

The half-hour lunch period stretched to 35 minutes, 40 minutes, but no one wanted it to end, not even the cafeteria workers waiting to clean up for the day.

Finally, the DJ settled the matter by shutting off the sound system, resulting in a chorus of teenage, “Aws!” That was the sole objection. The kids tidied up the tables quickly and willingly walked back to class, reveling in the fact that their usual, rule-laden lunch break had metamorphized into an impromptu dance fest.

I’ve seen a lot during 20 years of teaching, stretching across three continents and all age groups. I can’t recall an experience more satisfying than cutting a rug in the cafeteria.

For almost two years, students and teachers alike have endured shuttered schools, at-home learning, quarantines, masks, social distancing, illness, and even death, while grappling with emotions ranging from fear to depression to anger, but as the disco music pulsated, it was as if the beat purged the pent-up negative vibes, leaving everyone with a momentary glimpse of a more promising, post-pandemic reality, and giving the teenagers a story to hang on to for life — the day their teachers crossed over to the dark side.