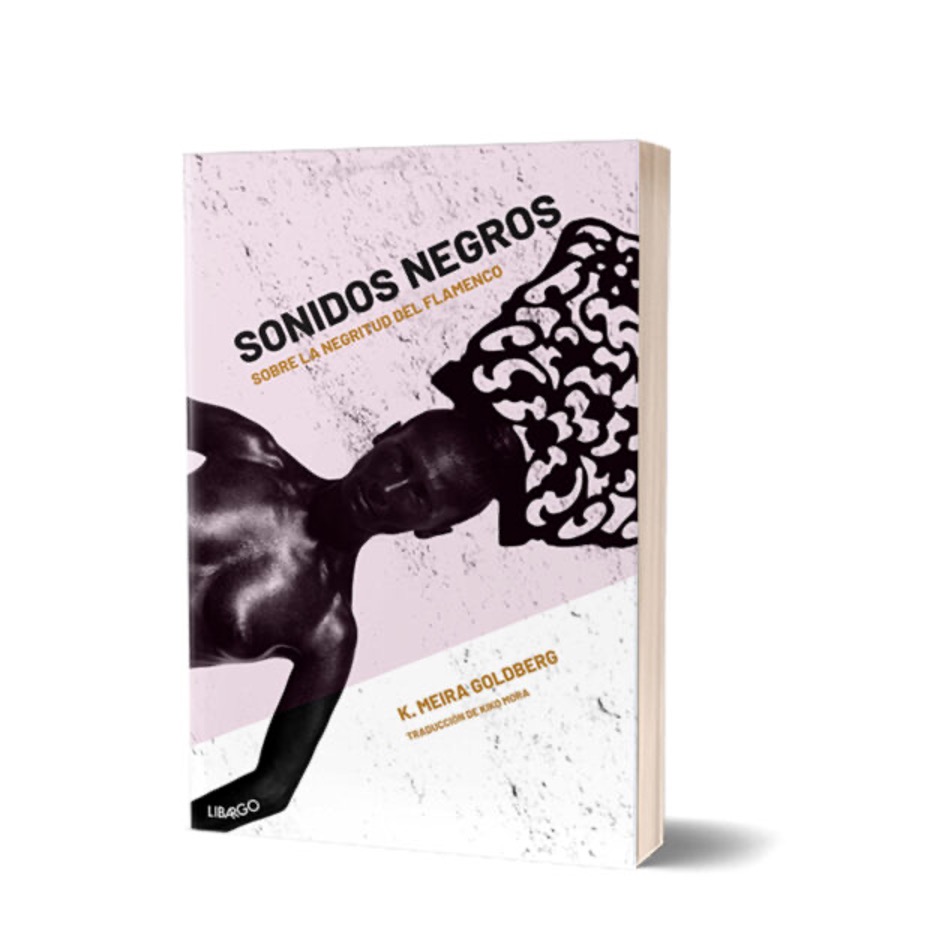 Blackness, says Fred Moten, “is enthusiastic social vision, given in (non) performance, as the surrealization of space and time, the inseparability of gravity and matter […] in caressive sound and anachoreographic sounding,” and that makes sense to me in some ungraspable sense.

Blackness is hard, almost impossible to define. This is why my curiosity ran wild when I encountered K. Meira Goldberg’s Sonidos Negros: On the Blackness of Flamenco. “Blackness” of flamenco. Huh…

In the book Goldberg argues that the processes of racialization that were set forth by the voyages/massacres of the Portuguese and the Spanish in the 15th century, as they sailed for the Americas, remain notoriously contested, exploring this idea in the cultural scene of post-Enlightenment Europe. From the 18th century onward, during what was a bleak time for Spain, an identity beyond its decaying empire was needed. Spanishness was, as is, a murky term. Is it European? Moor? African… ish?

Not unlike in present times, Spain was fighting to settle itself in the echelons of Europe’s internal and later exported racial order. Border nation par excellence, known for its mestizaje at home and abroad, Spanish blood began to be regarded with suspicion by competing European powers. As the French empire began to pose a serious threat to Spain’s colonies, then, and with the help of the “Black legend,” Spains’ off-Whiteness became a thing. After centuries of contact with Moors and Jews, the Black legend went, Spanish blood was half-brethren, bastard child, which would explain why they seemed only to be able to manage their colonies by the rule of the iron fist. Too African, too Semite to earn their White badge; too brutish to implement a civilized colonial order, unlike the French or British whose civilizing mission was of course just a gift to the world. An anxious awareness of the Black legend made Spaniards obsessed with (policing) blood purity. It also forced them to adopt different strategies for integration into Europeanness. This is why Goldberg concludes that Spaniards had always embraced an externally imposed association with “equivocations of race,” and that conclusion, as an African descendent Spaniard, also makes sense to me. It makes sense to me because my whole life—while being, always, reminded of my purported alterity—I have been unable to see Spanishness in its illusory uniformity. Spanishness is murkiness itself.

It is in this context of competing imperial powers that they (we, I guess) embraced murkiness, probably helplessly, and integrated it into a then emerging cultural phenomenon that was becoming popular in the European scene. That cultural phenomenon, the socially silenced but indefatigable outcry of sorrow/joy of the Romas’ marginalized existence, was flamenco. 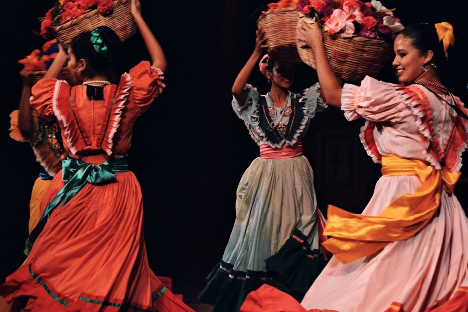 Just why this art form gained currency on the European stage at that time, is impossible to say conclusively, but the argument that Goldberg and others have formulated is easy to defend. Europeans, at once existentially terrified and uncontainably infatuated with their Others, were attracted to flamenco as an approximation to that most coveted liminal space between Blackness and Whiteness. As Europe’s cultural scene was transitioning from romanticism to modernism, flamenco signified all that modern art sought to evoke and all that modern Man aspired to experience: the spiritual freedom of the bohemian; the seductive, embodied self-mastery of the belly-dancer; the” surrealization of space and time” of Blackness. Europeans were attracted to the associative Black aesthetic in flamenco’s exotic element. In Europe’s vibrant, shifting cultural landscape of the 18th century, Spaniards “danced Blackness for Europe”–they accepted the association with Roma as a meal ticket, embracing, therefore, the Blackness of the legend that haunted the purity of their blood.

But this was the colonizer’s embrace, after all. The promise of integration was, and is, never anything but guaranteed violence. Integration bleaches all that comes into contact with its poisonous substance. Through the decades, a homogenized image of the flamenco artist began to take form in Whiteface.

Today, Spain’s Blackness falls through the cracks of a socio-epistemic mission based on the homogenization of Europe. Spanish Moorishness/Semitic roots, on the other hand, are at their best a cliché, employed mostly as a touristic, self-Orientalizing marketing scheme.

Flamenco—that artform of artforms, that soul of souls.

Flamenco, too, is equivocal, and almost impossible to define. But since it is likely some readers will be unfamiliar with flamenco, and in lieu of Fred Moten-like poeticity on my part, I will simply submit the following fragments as a patchwork-definition:

As a vocal expression—called cante in the tradition—flamenco “is a soulful sound rooted in the pain and sorrow of the lament; elusive but distinctive, a vocal sonority […] rooted in feminine emotionality, physicality, sociality, and spirituality” (Vales Hills, 185).

So, I read and wrote about the anthology, and I still wouldn’t know where to begin tracing the tangled roots of flamenco. But I found reassurance reading this book. You can’t trace the roots of flamenco conclusively any more than you can define it. Flamenco is an elusive, fugitive artform—if you look at it straight in the eyes, your retina will burn, or you will turn to stone, or the mountain split in two and the earth itself will have to swallow you. Everyone else knows this. I was reassured to learn that flamenco’s fugitivity is not a dead end, it’s the beginning of everything. Where self-assuredness falters, flamenco’s “caressive sound and anachoreographic sounding” thrives. 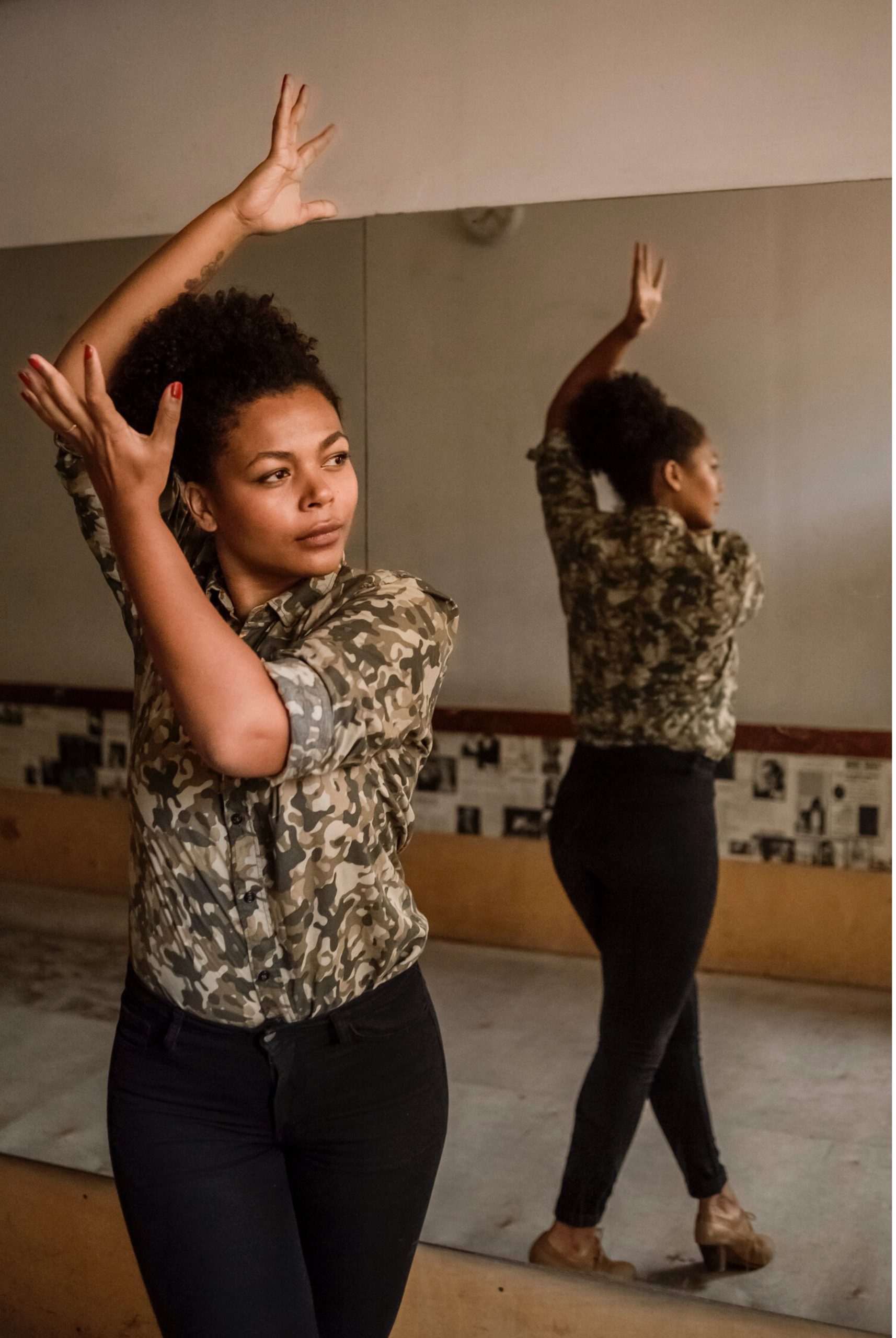 I sat down with afro-flamenco dancer phyllis akinyi not long ago. I had watched a few of her flamenco performances online and had thought, she doesn’t just dance flamenco, she knows it. Which is to say: she knows everything I am trying to write about in my PhD dissertation.

Eventually, I got connected with her. We talked over zoom about her experience as a Danish-Kenyan dancer, about afro-flamenco, about the BLM movement in Europe, about Santeria.

That’s the name given to one of phylli’s latest projects. She and her peers define it as an interactive dance performance, featuring Yemaya—Santeria’s Mother Goddess of the Sea—Sabar drumming, and flamenco.

To dance (with) death, transformation, and the afterlife, you need spirit, soul, full embodiment. You need duende, attunement to earth-rhythms.

phyllis talks about rhythm as an invitation: “There is a rhythm train that’s going… and if you are capable, that will open up a vessel for you.” That vessel is where the spirit and the body no longer appear as different things. That is duende’s dwelling place—there, phyllis says, dance “becomes spiritual.” And, she says, giving words to a nebulous thought I’d held for a while: “the notion of duende is the legacy of the Africans in flamenco.”

Like Santeria, flamenco has roots in the ocean. Black and Roma, Moor and Maroon, flamenco is an endless triangulation of transatlantic exchanges that goes on, always.

phyllis learned flamenco in Spain, where she currently lives. But she’s been around. One of her first temporary living experiences was in a pueblo in the mountains of Nicaragua, when she was five (with her family). She wasn’t dancing flamenco then, but an emergent global sensibility was beginning to form in her. As a kid among other kids, she observed and documented: “how is the life of a kid different in Nicaragua?” Her writings about that experience made the news when she returned to Denmark.

At 21, she lived in El Salvador, then Buenos Aires, where one would naturally go to learn Tango, and talking with her one gets the unequivocal sense that all these places are African diasporic places. They are lands of mestizaje, too, and of air that smells “sweet, and burned” but mostly sweet, like bread baked afresh at any given time of the day. These are the places phylli’s politicized body has inhabited, rejoiced and danced in, places where her diasporic subjectivity has found a plethora of obstacles and opportunities.

A cartography of these movements tells a story of the Black Atlantic founded on ancient rhythms, on the invisible but ever-perceivable ontologies and cosmologies of the sonic. Like espuma del mar, African diasporic subjectivity must reinvent itself ceaselessly, as a condition of possibility for its own becoming

What better defines African diasporic subjectivity, then, than making oneself be at home in the world? In Seville, in Havana, in Copenhagen—the dancer takes her art with her. When phyllis dances flamenco, she isn’t just performing the movements of a dance style with exemplary precision and grace (though she is, no doubt, doing that also)—by dancing her flamenco, phyllis is redefining flamenco itself. Or rather: she’s facilitating flamenco’s ever-unfolding transformations. She is the vessel. Flamenco—whatever it is—becomes through her dancing body. And what else defines an African diasporic experience than being told your body is not in its proper place? That you don’t belong?

The Black aesthetic, too, becomes through flamenco. But decades of bleaching regimes of representation have whitened the conventional image of the flamenco dancer.  phyllis’ black body disrupts, dislocates, exposes the White lie, but not without pushback. Flamenco racial profiling is a real thing. But it fails, again and again, because for phyllis as for other afro-flamenco dancers, flamenco is simply what their bodies know and have always known. phyllis’ response to flamenco’s racial gatekeepers is unwilled, effortless, impeccable: “how are you telling me that I don’t belong here,” she said to me, emulating a conversation she’s had to have too many times, “when my body is telling me that there is ancient movement knowledge here, that belongs to me too?” 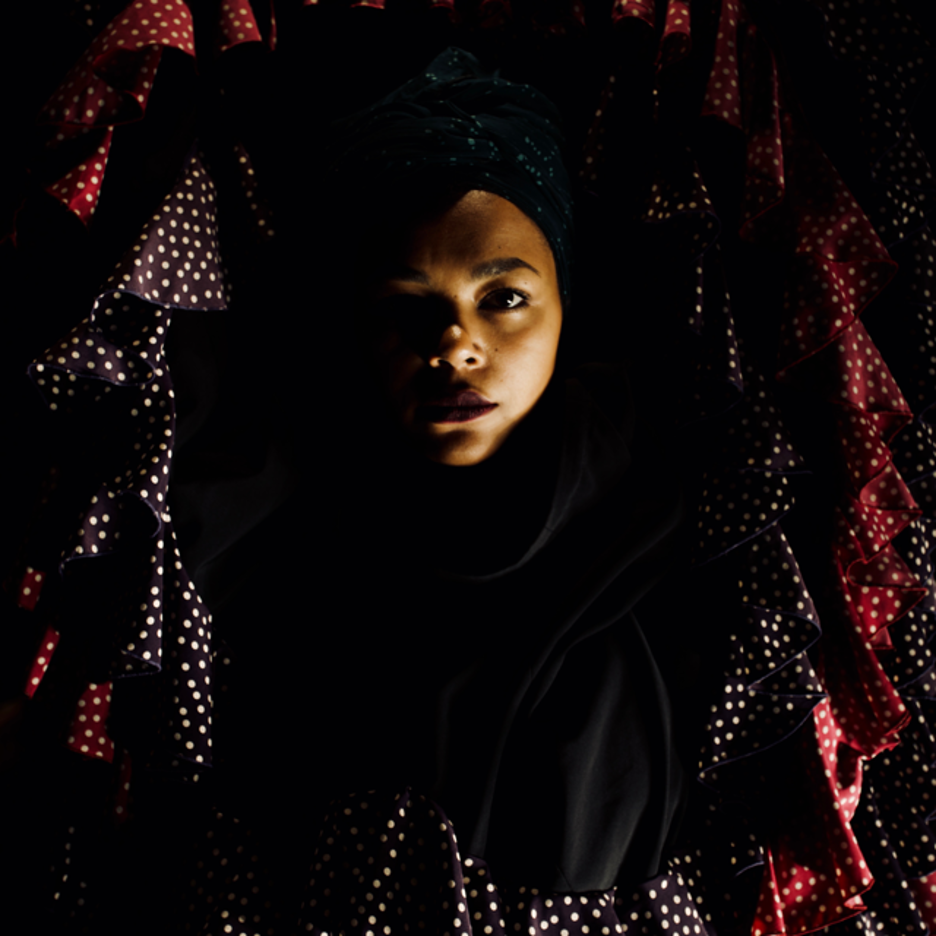 But this is only half of the story. The other half is the reality faced by African-descendant performers in the flamenco industry. phyllis, I think, would say that she isn’t “dancing Blackness” for anyone. Her art is her own, but she understands and navigates the double-consciousness of Blackness, and she fights for things to be different so “other artists of color and their work will not be political.” But, as Black people, she says, “our existence is resistance, and resistance is political.” Shying away from the sociopolitical reality of what it means to be a Black artist isn’t in the plans for phyllis, but it also doesn’t define her experience. In her words, “I own that my works are political, because my being is political. But I don’t create political works.”

Black flamenco dancers continue to have to do double the work—artistic and political—in attempting to fairly and freely practice a dance style that is inherently theirs. Or it would be, if only partially, if flamenco could be said to belong to anyone. What makes flamenco dancing from the margins so special is that it allows anybody to embody and give life to flamenco’s own double consciousness. K. Meira Goldberg calls it flamenco’s “agnosticism to the surface”. Flamenco’s Blackness can be danced by anyone, any time—it’s neither a race nor a heritage, nor a specific flavor of movement. It’s the “train that’s going,” and the ticket is duende.