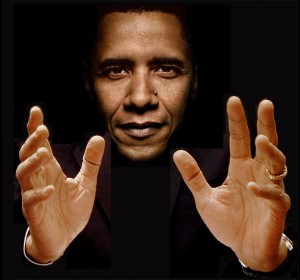 It’s a given that elections are about stagecraft – the management of image and perception. Public policy plays a subservient role, crafted for electoral advantage. This maneuvering impelled  Obama to suddenly adopt positions less than six months before the election that he had avoided for three years, such as “deferred action” for unauthorized immigrant youth, his flip-flop on gay marriage and the anti-offshoring “Bring Jobs Home Act.”

What’s not a given is the permanent electoral state. The day after Obama was re-elected, wags were joking about 2016 front runners and potential candidates like Sen. Marc Rubio were booking tickets to Iowa. The never-ending election cycle means the most the public can hope for is policies that are designed for solidifying partisan advantage might trickle down to help them.

Take immigration, which will be high on Obama’s second term-agenda, after he punted it during the first. Democrats are salivating at the thought of locking in Latinos for generations to come and Republicans are panicking after realizing their days are numbered as a party of angry white guys. So there will be action, but nothing as sweeping as Reagan’s 1986 immigration amnesty that legalized 2.9 million unauthorized immigrants. For one there are 12 million undocumented immigrants meaning the right could still stoke a racial backlash when the voting public is 72 percent white and African-Americansare as opposed to a “path for citizenship” as white Democrats. More important, big business wants an army of labor in the shadows. Legalizing all immigrants would bestow workplace rights now denied to them, make them fertile ground for union organizing and “raise the ‘wage floor’ for … the benefit of both immigrant and native-born workers,” according to the Center for American Progress. Obama will likely use the bureaucratic healthcare reform as a model, opting for a tightly regulated “guest worker” program combined with a narrow path to citizenship along the lines of the Dream Act.

But there is more to policy than stagecraft. There is the stage on which elections, the theater of the absurd, are acted out. That stage is neoliberalism, but it cannot be named. While the public gets a two-year-long and $6 billion song and dance, the real policy happens after the show ends. Think about what the 2012 election will be remembered for. It won’t be serious debates about poverty or unemployment or Wall Street regulation, but Big Bird,“binders full of women” and medieval comments on rape.

Yet following the election attention turned to the crisis of the “fiscal cliff,” while it was studiously ignored during the incessant campaign coverage. It’s a phony crisis, however. The battle now over the future of social welfare is the legacy of Obama’s first term.

One caveat, policy is deliberately complicated so as to hide the true agenda. Healthcare reform was not designed to provide universal coverage or end medical bankruptcies. The real purpose is to ensure new lines of revenue for insurance, drug and medical corporations in the form of millions of captive patients, which is why the healthcare industry backed it. The same is true for the looming fiscal cliff (known as sequestration). It’s hard to understand because the real agenda – Obama’s agenda since 2008 – is to chop up Social Security, Medicaid and Medicare the way Bill Clinton gutted welfare. Let me explain.

Obama’s first public comments after his re-election were about the fiscal cliff created by the Budget Control Act that he rubber-stamped in July 2011. As president, Obama has been in the head of Washington’s austerity class. On the eve of his January 2009 inauguration, Obama called for entitlement reform, meaning cut Social Security, Medicaid and Medicare. Then three weeks into his first term he supported a deficit-reduction commission. In his 2010 State of the Union Address he backed a three-year freeze spending freeze mainly on social spending. During his 2008 campaign and afterwards he surrounded himself with advisers hawking economic quackery.

The budget deal from the summer of 2011 mandates $900 billion in “non-defense discretionary spending” cuts. This is wonk for social programs, which will shrivel to 1962 levels of the GDP by 2021. Thus, Obama has completed rolling back the Great Society – a process started under Reagan and accelerated under Clinton. The cuts will deepen if there is no deal by the end of the year. Then the economy will head over the fiscal cliff in 2013 and $700 billion in annual tax increases and cuts will kick in.

The fiscal cliff will be used as excuse to try to roll back the New Deal.

This is how it will work. The cliff can be avoided by bringing in more revenue. In post-victory remarks on Nov. 9, Obama called for $4 trillion in “balanced”deficit reduction in which the wealthy share the pain with “students and seniors and middle-class families.” What he didn’t say is that $3 trillion of that amount is slated for spending cuts – and that the only way to achieve that order of cuts with military spending off limits is to carve up Social Security, Medicaid and Medicare.

But even on his signature campaign plank – raising taxes on the wealthy by a measly 4.6 percent – Obama is backtracking. True to form of surrendering when he holds the high ground, Obama said the next day in his weekly address, “we have to combine spending cuts with revenue.” Revenue is the Republican position. They are steadfast in demanding the wealthy be spared piddling tax increases but are willing to consider closing “loopholes”such as mortgage interest payments and charitable deductions. In exchange, says Sen. Lindsey Graham (R-South Carolina), the GOP demands “entitlement reform” because “that’s where the big money is at.”

As Jon Stewart would say, this rolled straight off “Bullshit Mountain.” Economists like Dean Baker and Paul Krugmann have demolished every rationale for deficit reduction under present circumstances: interest rates are so low, below the rate of inflation, that bondholders are paying the U.S. to hold their money; reducing the deficit would strangle growth; the best way to reduce the deficit is through growth and inflation; and in any case the plan to hack away $4 trillion in a decade is not going to reduce the national debt meaningfully.

Even more noxious is Obama’s talk of shared sacrifice, which could be granny-starver Paul Ryan’s position. Apparently it needs to be reiterated that Wall Street caused the crash in 2008. The banks profited off the criminal subprime bubble. They profited off $4.8 trillion in government bailouts for the financial industry. Now as “too bigger to fail” banks, they profit off implied guarantees. But to pay for the multi-trillion-dollar meltdown, the elderly will have to sacrifice Social Security, the poor healthcare and students education.

A little history is in order. Obama ran in 2008 on repealing the Bush tax cuts. But he betrayed his promise just one month into his presidency even though he was gushing with political capital, the right was in disarray and the Democratic-controlled Congress was ready to pass it. On Jan. 16, 2009, five days before his inauguration, he told the Washington Post, that he was prepared to “spend some political capital” on the“very difficult choices” of cutting entitlements.

Obama was following the script penned by Larry Summers, his chief economic adviser during his first campaign and the Clinton-era architect of the financial bubble that exploded four years ago. In the Financial Times in September 2008, Summers presented the Rosetta Stone for Obama’s presidency. The Financial Times is where the capitalist class speaks openly to each other. The piece was published two weeks after Lehman Brothers collapsed, which set off the financial Pearl Harbor that threatened the global economy.

It is a classic example of the “Shock Doctrine”: using the crisis to push for a wholesale economic restructuring. Summers laid out the argument for a fiscal stimulus. But he took pains to mention, “We still must address issues of entitlements and fiscal sustainability.” To that he added no “new entitlement programs or exploding tax measures,” which includes “healthcare restructuring,” but no single payer or universal healthcare. Summers’ silence was just as notable. He sidestepped the issues of financial re-regulation, giving labor more room to organize and the home mortgage foreclosure crisis that remains the black heart of the rotting economy.

Summers saw that the meltdown was a chance to drive a stake through the welfare state. The corporate media plays a supporting role by falsely portraying Social Security as going bankrupt, which Martha Raddatz claimed to be the case during the vice presidential debate, when that is by definition impossible in a pay-as-you-go system. In fact, Social Security is solvent through 2033, and it can be strengthened at any time simply by lifting the payroll tax cap. Medicare is likewise solvent through 2024 at which point the payroll tax will cover 87 percent of projected costs. But Obama – cheered on by liberals – has placed a time bomb in Social Security with his payroll tax cut, which could result in a shortfall in barely a decade.

Hacking with these non-discretionary programs creates the precedent to divert the revenue streams to pay off the debt accumulated by Wall Street.

Glenn Greenwald calls it the “the standard pattern of self-disempowerment used by American liberals to render themselves impotent and powerless in Washington.” He detailed a six-step process of how liberals capitulate based on pragmatism, threats and “Extremely Important Election coming.”

Such is the state of American politics in which the work of dismantling the welfare state and reinforcing the warfare state takes place before our eyes but our minds are so absorbed by the spectacle of the permanent election that we are unable to see the stage beneath.

Past Articles
2 comments to “Meet the New Obama, More Dangerous than the Old Obama”