The inauguration of Donald J. Trump as the forty-fifth President of the United States mobilized millions of people across the country and the globe to resist the new administration’s policies, which promise to have devastating effects on refugees, immigrants, people of color, and marginalized communities. On January 21, 2017, close to 500,000 marchers descended upon Washington D.C. for the Women’s March. Women and allies in other major cities and small towns across the country also held their own marches, taking to the streets to show broad support for the statement of principles that include accountability and justice for police brutality, freedom from sexual violence, ratifying the Equal Rights Amendment, reproductive rights, LGBTQ rights, and worker’s rights. Solidarity protests erupted across the world, including London, Berlin, Nairobi, Cape Town, and Paradise Bay, Antarctica. 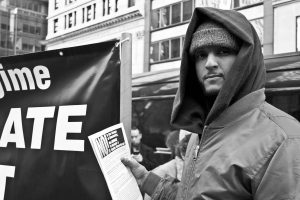 In his first week in office, Donald Trump suspended the US refugee admissions program, refused entry to refugees, immigrants and visa holders from Sudan, Libya, Syria, Somalia, Yemen, Iran and Iraq, and instructed the Department of Homeland Security to begin construction of a US-Mexico border wall. Trump issued an executive order to end funding to NGOs that provide abortions. Additionally, he proposed cutting the NEA (National Endowment for the Arts), NEH (National Endowment for the Humanities) and privatizing the Public Broadcasting Corporation.

The photos in this essay are a small compilation of the issues, fears, and ultimately, visions that people have for this country. These photos were taken at several actions, including PEN’s Writers Resist (January 15, 2017), The Ghostlight Project (January 19, 2017), Women’s March (January 21, 2017) and an emergency rally in solidarity with immigrants and refugees, taking place on January 29, 2017. For further information on upcoming protests, rallies, and actions, visit justduckling.blogspot.com. 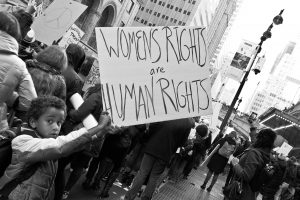 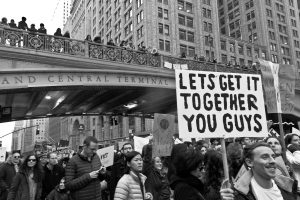 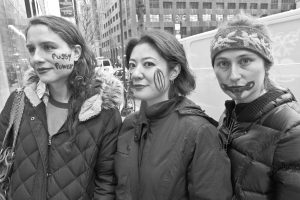 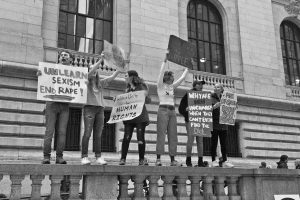 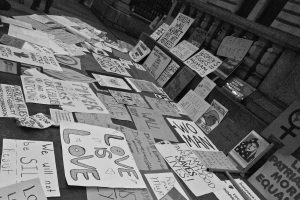 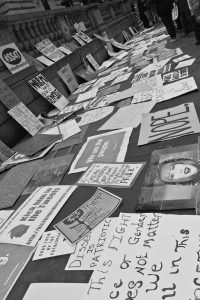 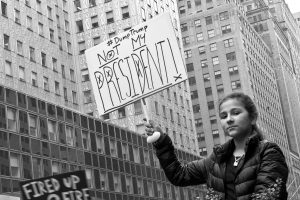 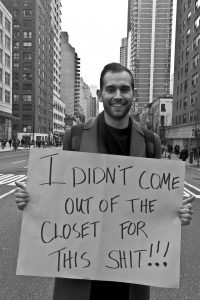 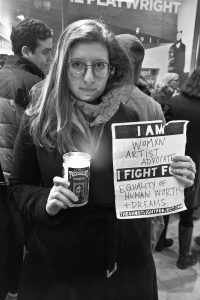 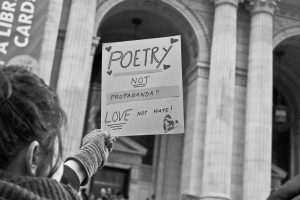 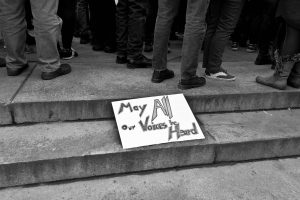