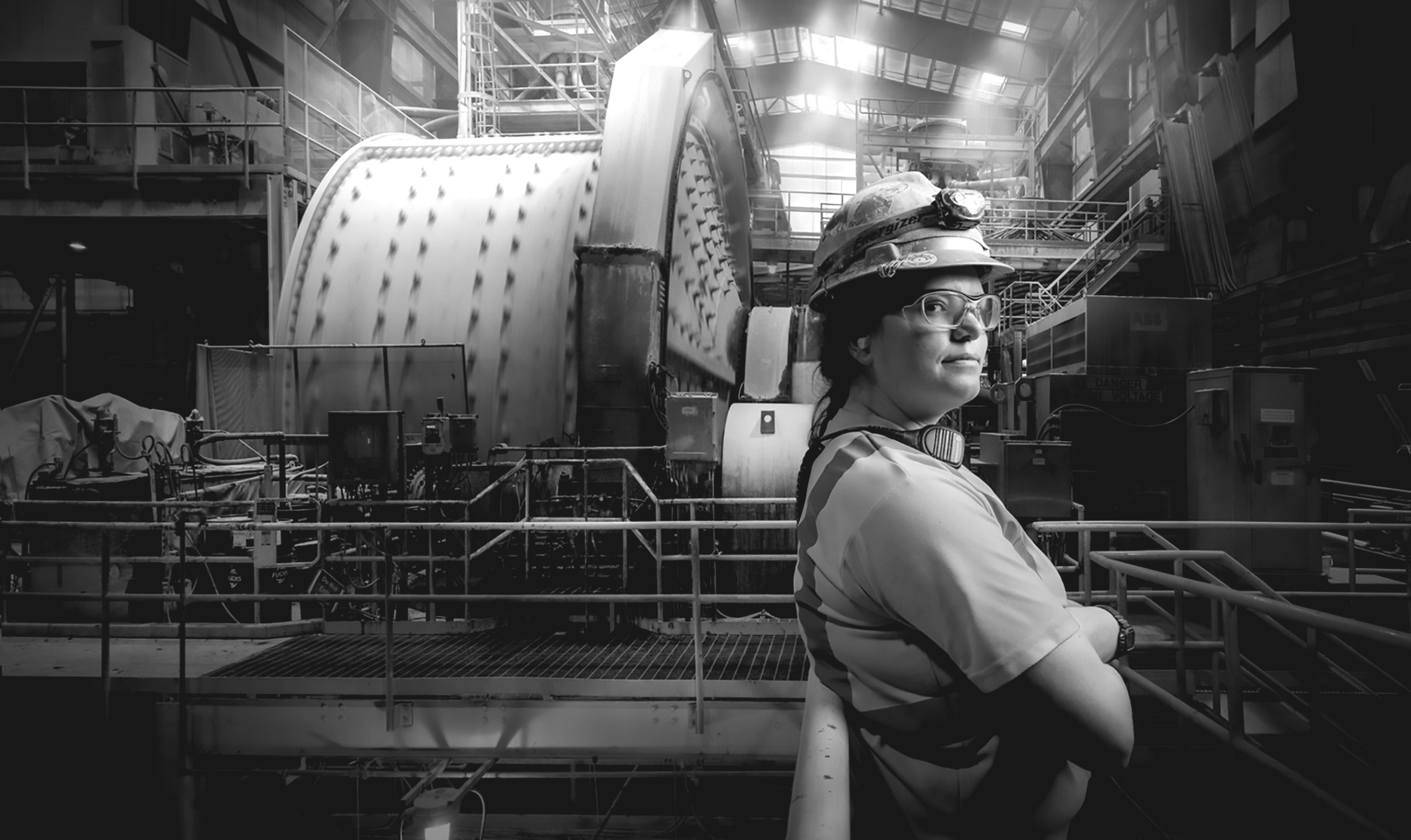 Isubscribe to a feminist pedagogy. I value the weight of personal experience and the complexity of identity, and I am committed to creating a “safe space” for my students. This isn’t to say I feel they need to be coddled, only that that I prefer them to feel comfortable and supported in voicing their ideologies. On my first batch of course evaluations, the most negative feedback I received (from several students) in an (almost) all-male class was that there was “too much feminism,” though I’d only assigned two short texts explicitly on the theme, and another that addressed the intersectionality amongst gender, race, and class. While feminism certainly came up more often throughout the semester as a sidebar to other conversations, this hostility suggests how unexposed many students are to the term, and how male privilege, even amongst younger generations, continues to cause blindness towards the suffering of others.

One of my favorite works to teach is Chimamanda Ngozi Adichie’s We Should All Be Feminists. And one of my favorite ways to depress myself at the start of class is to begin by asking my students to raise their hands if they consider themselves feminists. Three or four hands go up out of a class of twenty-five, which doesn’t include all the women and rarely includes any men. I then ask them what they think feminism is or what type of person they associate with the movement. This is when men almost always start bonding over the stereotype of angry lesbian women bent on destroying male existence. Sometimes my confident and feminist-identifying students retort with a response more eloquent than I can offer, and sometimes I rein the conversation back in myself, explaining that all being feminist really means (to me at least) is that you believe in equality for all genders, remain attentive to how gender intersects with race, class, sexuality, etc., and hopefully behave in ways that uphold these values. In three words: Feminism equals equality.

I then ask my class again to raise their hands if they consider themselves feminists. My faith in humanity begins to be restored as about three-quarters of hands go up. But there are always hold-outs, whom I begin to jokingly interrogate — my teaching style being built upon an often self-deprecating sense of humor and a belief that developing interpersonal relationships with my students will allow us all to respectfully challenge each other’s beliefs.

Some students take issue with the word itself —to identify as “feminist” seems too close to identifying as “feminine,” and my male students are resistant towards adopting the label. They argue that, if it’s a movement focused on equality, why does it refuse to use a more gender-neutral term to mirror its content? This is when we begin to discuss the erasure of women. Many of my students of color find it helpful when an analogy is made between the Black Lives Matter and All Lives Matter movements. Everyone has always acknowledged and valued white men. The terminology of all these movements demonstrates a call for awareness of other groups of people, which unfortunately appears to draw a consistent backlash. This is often a good opportunity to talk about intersectionality — how all of these systems of oppression are connected because we cannot separate someone’s identity into pieces. We are all sum totals of our gender, race, sexuality, class, and more. And we all need to work together to raise each other into equal positions. The difficult part of this is that it always means someone has to be willing to give up their power.

The next argument my hold-outs have is that the movement seems “too angry.” They’re still hung up on a stereotype often based on radicalism (which makes headlines) and have been socialized, moreover, by a culture that frowns upon women who don’t constantly smile. While I agree that some people do take feminism to an extreme — calling not only for a dismantling of the patriarchy, but for a matriarchal replacement — I also argue back: Aren’t there times when anger is justified? Don’t you get angry when you are treated unfairly or made to feel unjustly inferior? While I strongly discourage my students from associating anger with violence or from viewing violence as a catalyst for change, I do often want them to start a revolution, which almost always begins from a place of passion. Some of my students talk about experiences of sexual harassment, while others discuss instances of police brutality. I tell them it’s okay to be angry in these moments, and even better to rationally channel that anger into social progress. Anger, or whatever other emotion one might experience towards being discriminated against, is justified.

The final arguments my students have against feminism are perhaps the most disconcerting. Some argue that equality amongst genders simply isn’t a problem — that this issue has long been resolved — while others take the stance that there are some things women simply can’t do as well as men, so equality isn’t actually attainable. This is when roles flip and my feminist-identifying students start to yell in solidarity and exasperation. They draw on their own experiences of being treated differently than men whether at home or in the workplace. They talk about the gendered breakdown of domestic duties and about the difficulty of attaining certain positions or fair wages due to discrimination.

In defense of my anti-feminist hold-outs, they are nearly always receptive to the responses of their classmates, often beginning to reflect on the ways they were raised compared to their brothers or sisters. Yet their one final argument remains. They say: “There are some jobs women just can’t do” and begin listing different forms of manual labor — construction, landscaping, firefighting — anything that requires physical strength. And this is where many of my feminists begin to falter. While some recognize the physical strength of women, many have never imagined women working manual labor because it’s not something we often see neither in the media nor reality.

This is where I admittedly perform my own egotistical takedown. Enacting feminist pedagogy and channeling the value of personal experience, I tell students the (entirely true) story of how I was once a professional climbing arborist —the only female in an all-male company — and I was just as capable as anyone else in the largely male-dominated industry. I was a quick-study, have been a life-long athlete, and with the foundational skills I had already developed through volunteer work, soon began to quite literally rise in the company. I was assigned more and more difficult trees to climb and cut. My chainsaw became a posthuman extension of my body. And while, yes, there were times when the men could haul larger amounts of brush to the chipper, I made up for any deficiency in this arena with my aerial technique, which is actually the more skilled and dangerous part of the job: swinging from ropes, sometimes over a hundred feet off the ground, while making sure not to nick those ropes with the spinning chain of a saw or to make a wrong cut and cause a hundred-pound chunk of wood to fall on either myself or down onto one of my groundsmen. I also tell my students about the fight for fair wages and instances of sexual harassment I faced. I explain how difficult it is for women to break into the industry to begin with because it is simply not considered “a woman’s place.” I was lucky enough to work with several extraordinary men during my manual labor career, whom, even if they didn’t identify as feminist, most certainly were — always ready to teach, challenge, and encourage me to take on bigger climbs and bigger saws, never underestimating my capabilities. But I know this is an exceptional case.

After this bit of storytelling, the majority of my students have been convinced. And as we discuss Chimimanda Ngozi Adichie’s own perspective on feminism, they become further swayed. Many of them admit to really not having understood or reflected on the term before that day.

However, here is my confession: I might actually be a mediocre feminist. While I preach intersectional feminism in the classroom and am proud of having a unique employment background compared to many of my academic colleagues, I often did not enact or uphold feminist values during my tree-work tenure. For the sake of full-disclosure, I may have somewhat allowed sexism to pay for my Master’s degree. When I moved to Seattle to pursue my MA in English, I was unfunded. I needed a job with flexible hours, and that was skilled enough to avoid being compensated at minimum-wage. While I did get a tutoring position on campus, my other technical skills landed me in the great outdoors.

The parts of this experience I like to tell my students are the parts that make me sound like a women’s rights champion. But while I may explain to them some instances of sexual harassment, I do not detail my reactions to them, falsely allowing them to think that I was always as indignant about the issue and as quick to deconstruct it as I am now. Part of the problem is that I’ve always found it easier to stand up for others than for myself. Although I never felt I didn’t “belong” at the tree company, I also never felt quite secure enough in my position to combat moments of blatant discrimination. For example, we often worked jobs on residential properties. There were many times when male homeowners would request to “see the girl climb,” and slip me extra tip money. Not once did I take a stand during these moments to explain that I was there to do work, not for the homeowner’s entertainment. Odds were I would’ve been doing the climb anyway, and I needed the money. But that didn’t stop it from feeling like a commodified spectacle, especially with all the implicit industry-related innuendos, and my tacit acceptance of sexist behavior was a far cry from feminist action.

I truly loved my colleagues on the crew, even though they frequently made inappropriate comments. When I got overheated chainsawing, for example, and removed my sweatshirt (sometimes throwing it down from the top of a tree like a sawed-off branch), there was often whooping and yells of “Take it off!” This catcalling was meant playfully and entirely in jest, and I could’ve stopped them on a dime. But the younger-me couldn’t help but find it all somewhat flattering, and I thought of it as harmless flirting that helped work days go by just a little bit faster. Now, in retrospect, I feel hyperaware of the disservice I was doing to my gender by encouraging, or at least not discouraging, their behavior.

As I get older and my values become more concrete, I proudly identify as a feminist killjoy. But even now there are times when I don’t speak up (generally when I know my friends are trolling me). And I wonder how many times I can respond with silence or even laughter before I have to give up my feminist title. How “funny” should issues of sexism, racism, or any other “ism” be allowed to be? Are these really issues we can joke about? For now, I settle for a feminist pedagogy, setting much stricter boundaries for my students’ own behavior and rhetoric, hoping they will someday be better feminists than I have been.