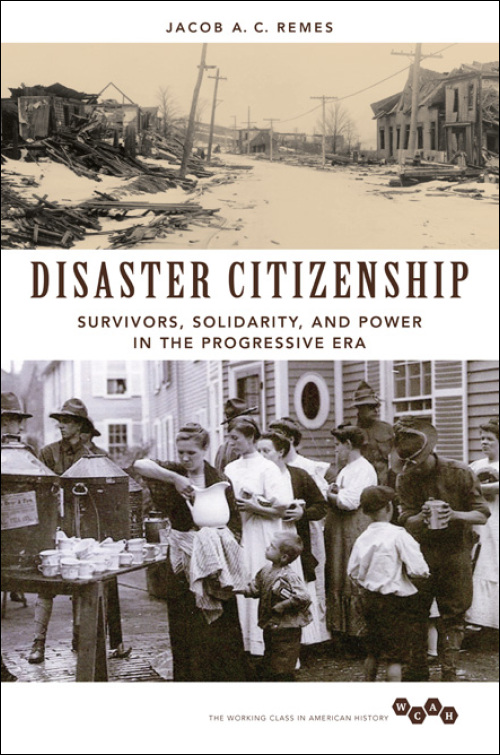 A month or two after I first moved to New York, meteorologists issued dire warnings about a hurricane on course to hit the city. I feebly bought a few cans of food and a gallon of water and the hurricane veered safely east into the Atlantic. I ate my soup and tuna over the following weeks, but the jug of water is still in my closet, unopened, a testimony to my unpreparedness to meet any actual disaster.

In June 1914, about a century before that hurricane, there was a fire in Salem, Massachusetts, that destroyed over a thousand buildings and left twenty thousand people homeless. Many were immigrants, including a sizeable French Canadian population. Three years later, on December 6, 1917, the largest human-made, non-nuclear explosion detonated in Halifax Harbour in Nova Scotia, killing two thousand people. Both disasters occurred at the height of the Progressive Era in the United States and Canada, when governments married ostensible compassion to managerialism and set about bureaucratizing disaster relief.

For Jacob Remes, a historian and an NYU-Gallatin professor, the seemingly ordered – and generally militarized – aid efforts of the Salem and Halifax governments obstructed more than they helped. His book Disaster Citizenship: Survivors, Solidarity, and Power in the Progressive Era, out last year from the University of Illinois Press, instead examines how pre-existing social bonds in these two cities mobilized relief efforts locally. Remes argues that this informal mobilization and the subsequent response of official relief managers mark key passages in the emergence of the modern progressive state. Strong community networks, rather than  last minute dashes to the supermarket, end up being vital lifelines in these moments – as recent catastrophes have borne out again and again. Remes and I spoke in his office in May about Salem and Halifax, and about what could make our communities genuinely resilient when faced with disaster.

How would you situate Disaster Citizenship within your research interests generally?

I would say there are two sort of overlapping sets of themes I’m working with. One is the labor history thing: how have working people come together and organized to make their lives and their societies – I was going to say “better,” but really it is “different.” I think of myself as a working class historian who is interested in working class organizations. Which means unions, obviously, but it also means churches, it also means fraternal orders. And also families – all these ways in which working people organize with other people or come together with other people.

But it is also about this irony of liberal reform. it is about the question: when people with power do their best  to make things better, what goes wrong? How do we think about these people who are really well meaning? And I try to do that in the book with the relief managers: these people who were well meaning, who did their best, and who fundamentally failed. And part of it is, that’s me, right? That’s me, that’s my students, that’s what we spend our lives doing, trying to help other people and failing. So my hope is that this book helps us to think about that, and that the fundamental answer is about power, and about making sure that you’re accountable down rather than accountable up.

You frame the book in terms of recent disasters like Katrina, the earthquake in Haiti, Sandy. What ultimately drew you then to two events, in Salem and Halifax, that took place a century ago? 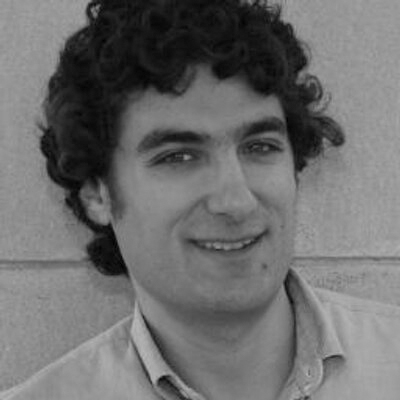 So there’s another element, which is just that I like the time period. I think the Progressive Era is useful for both historical reasons and presentist reasons. It is useful for historical reasons in that it is a period which a lot is changing, and it is a period in which the dynamics that I’m describing of middle-class reformers trying to help people. That’s what the Progressive Era is, right? The middle class trying to help people. And I’m generally interested in that period. I once tried to design a class, though it really didn’t go anywhere, about the 1880s. Basically the idea of the class was to have this thesis, that the world as we think of it now was created in the 1880s. We can think about electricity, we can think about streetcars, we can think of certain types of labor organizing, the development of the packaged meat industry. A fair number of things. The governance that we’re used to now comes out of this period. So that’s the historical thing.

But then there’s a presentist answer. I try to say it in the last couple paragraphs of the book, where I talk about how the technocratic impulses of the Progressive Era and the technocratic impulses of the neoliberal era are definitely different – but thinking about the failures of Progressive technocracy can help us think about the failures of neoliberal technocracy and to think about what the proper response to neoliberalism might be. On the one hand, we can take Evgeny Morozov’s story about solutionism being bad, market-driven – that tech-driven solutionism is very bad, doesn’t work, is very neoliberal, etc. Then the response that I think we’re getting increasingly right now is, “Ok, the market’s not working, we need to go back essentially to social democracy and state planning.” And by social democracy what we really mean is the New Deal, or even the Great Society, right? But we need to go back to the high modernism of government planning. And I don’t want that to be our response to neoliberalism! Because fundamentally, I’m an anarchist, I’m not a socialist, and so I think looking at the Progressive Era can help us to calibrate our response to neoliberalism in a way that doesn’t just recenter the state.

And so looking at “disaster citizenship” during moments like the Salem fire or the Halifax explosion means the possibility of rethinking the role of the state?

Yeah, I think that’s exactly right. Disasters are these moments in which people can reimagine what their relationship is to the state and to society, which is to say what their citizenship is going to look like. Thought about really broadly, that happens in the moment after Sandy, or in the moment after Katrina with Common Ground Collective, or we can think of it historically with the periods I’m talking about. But it also happens in really small ways, right? It happens in the small everyday disasters that make people poor or that make people depressed. And the ways in which we practice this sort of informal solidarity—the solidarity that people don’t recognize as solidarity—can help us to reimagine our relationship not only to our colleagues and our friends but also to our larger society.

Solidarity is a word that gets thrown around a lot, but you’re specifically thinking about it as something that in these moments of disaster is building on preexisting networks, and that also is somehow illegible to the state. 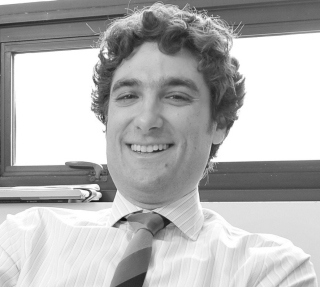 I’m not sure that I quite know the difference between solidarity and mutual aid. I think I use them interchangeably. There’s an article I cite by [the Quaker activist] Staughton Lynd in which he tries to put this definition of solidarity as  I do because I understand myself to be fundamentally the same as you or in the same position as you, not because I see myself as different from you, which is what charity would be. And that’s the power of solidarity to me, and that’s something that is inherently illegible, because those things that make me like you are not likely to be things that are seen by the state.

And your project in this book isn’t programmatic, it is to chart these moments.

That’s the nice thing about being a historian, all I have to do is chart what’s happened. But yes, I think what I want is – in some ways, it is a very teacherly move, because it is exactly what I do in the classroom – it is to destabilize without then re-stabilizing. I want to say, “This is the problem.” It may very well be an insoluble problem. But the first step to solving it has to be to understand what it is. The first step to understanding, why do people reject aid, why does aid fail, is to diagnose why and then we can get to the question of how to solve it. Maybe it is not solvable. I don’t think I’m smart enough to solve it. When I teach my disaster class, it is full of criticisms from people who actually do disaster relief work. And I always say, I’m in a really privileged position. I don’t have to do it. I can say, “Evacuations are really dangerous. Evacuations kill people,” without ever having to be in the position of deciding do we evacuate now or do we not. And that’s not a position I ever want to be in! That’s why I’m a historian and not a disaster person. But I do want those people to understand the dangers when they’re making the decision.

I want to ask questions and I want to encourage people, whether they’re my students or readers, to ask different and better and harder questions. it is hard, but I think that we can do that in the public sphere, with reporters or writing our own pieces. I think fundamentally that’s what good democratic citizenship is: asking better and harder questions of our fellow citizens and of our government and encouraging each other to do that also.

We talk a lot about resilience now, about shock recovery – all these buzzwords for disaster preparedness. How do you think we should be thinking about disaster before it happens?