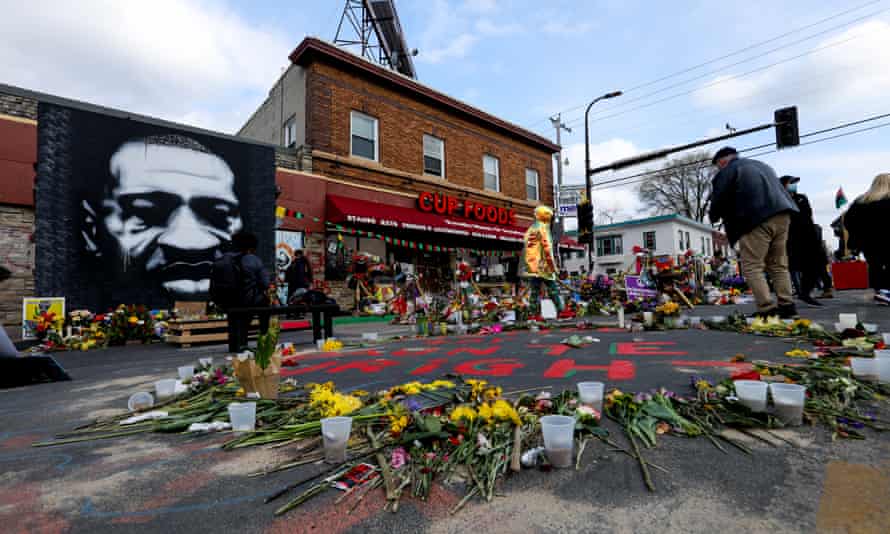 The Cup Foods where George Floyd was killed. Chauvin, Thao and Kueng are charged with violating Floyd’s right to be free from unreasonable seizure and excessive force. Photograph: Anadolu Agency/Getty Images

Reflecting on the recent conviction of Derek Chauvin, I was reminded of how vulnerable the public is to police brutality. This legal case also highlighted to me the reality that the movement from the pandemic to post-pandemic state of being in America will demand individual and collective effort to advance police reform. The conviction of Derek Chauvin is only the beginning of police reform.

Police reform is an issue which has been debated for a long time in the United States. Several commissions have been instituted over the years to quell riots against police brutality in Detroit, Watts, Chicago, and New York. The Kerner and McCone Commissions did not stop the inhumane treatment of Rodney King. They did not stop the deaths of Atatiana Jefferson, Breonna Taylor, Amadou Diallo, Duante Wright, or more recently Lindani Myeni and George Floyd. This begs the question, why is police reform such a difficult goal to achieve?

The root of the challenge is the 18,000 police jurisdictions that take direction from the state rather than the federal government. Because of the federal constitutional order of government in America, policing is considered a reserved function of the states under the 10th Amendment. The dilemma with an issue like police reform is it gets caught up in the politics of federal mandates coming into conflict with state’s rights in numerous cities across America. This makes police reform a big challenge.

In addition to this, reforming and administering these 18,000 police jurisdictions in states with different state constitutions, has made this task challenging. Police unions around the United States are also resistant to change and jealously guard their turf from what they see as undue oversight and interference from the state and federal governments. Police unions are also concerned that further reforms of police departments will lead to class action lawsuits, the targeting of well-meaning officers forced to act in the “heat of the moment” and a weaponization of the “reasonableness standard” to criminalize law enforcement officers and impede their work.

However, in the post-pandemic era, police reform is imperative. Public vulnerability will be severely tested, as the demands of public safety interact with the constitutional protections of individual liberties. This is where leadership is central. President Joe Biden will need to provide incentives to the states to reform police departments. He can do this by targeting federal grants in aid as categorical grants to states, encouraging them to use federal tax dollars to reform police departments.

Legislatively, President Biden can use his influence in the US Senate to push for the passage of the George Floyd Justice and Policing Act and sign it immediately into law. He should also encourage states to have police departments engage to implement consent decrees via the Justice Department. Consent decrees are court approved mandates between the US Justice Department and police departments to address police misconduct.  These consent decrees can then be used as yardsticks to measure the pace and effectiveness of different police reform measures in the states.

In the post-pandemic space, police reform will not come without citizen engagement. In this regard, citizens need to be educated to record police brutality. This is a central reason the unreasonable use of lethal force from Derek Chauvin was documented and was used as evidence in the case. Without the video evidence, the prosecution’s case would have been much tougher to prove, and Mr. Chauvin could have walked away a free man. It is important to keep in mind that the Minneapolis Police Department initially stated George Floyd died due to his personal medical condition and not from the knee of Chauvin on his neck. In a country the size of the United States, the cases of police brutality are numerous and need to be investigated. This is not only to hold police accountable, but also to maintain public trust in public safety officials.

The transition for pandemic to post-pandemic, entails that America navigates a vulnerable state in the context of the pandemic and beyond. It will entail heightened vulnerability in domestic and international contexts. As the Chinese say, the journey of 1000 miles begins with the first step. Derick Chauvin’s conviction is that first step. George Floyd did not die in vain. The real work starts now.