The South Korean philosopher Byung-Chul Han has stated that “we are heading for a biopolitical surveillance regime. Not only in our communication, but also our bodies: our health will be subject to digital surveillance.” Just like that, the Internet has become an empire ruling our daily activities; including our jobs, schools, and universities, and social interactions in general. We are witnessing the virtualization revolution that some had anticipated but to an extent unseen and unimagined before. A technological revolution is in no way incompatible with politics. Technology encourages innovation and revolutions announce inevitable change. But the point is: what happens when an uprising automation leads to greater social control, especially when people are panicking? 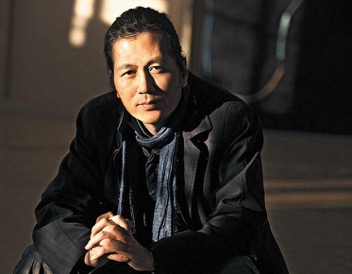 Human interactions are a major part of our existence. Whether we like it or not, humans are interdependent. We are social animals who crave the attention, support, and well-being of others, shaping the way we socialize, behave, think, and relate to others. Considering this, the COVID-19 pandemic has redefined social interactions through virtual systems. Which brings many advantages, such as keeping people connected, but on the other hand bolsters social problems such as mental and physical stress, tiredness and negative feelings such as anger. Plus, technologies can disincentivize our critical thinking skills and lead some people into believing technologies can solve everything, from grocery shopping to protecting us from premature death.

What are the consequences of digital activity?

Technological innovation made it possible to defeat the obstructions of lockdown. Nonetheless, the social viewpoints of technologies, people may debate whether it is a smart idea for technologies to be the “new social control,” in a way on the chance that it will shape the social security in our networks. What are the exploitative results of technological advancements? Will we see a deficiency among human behaviors, such as a decrease in human interaction, decision- making, and less interest in education?

The pandemic confronts us with a series of moral issues. There is the need to discuss is- sues of security and discrimination: the legislature has no reason to utilize the pandemic circum- stance to set up advanced surveillance. Technologies can have an important role in our society, yet when it threatens to jeopardize our safety and privacy, it becomes a matter of public interest as freedom rights can be endangered. 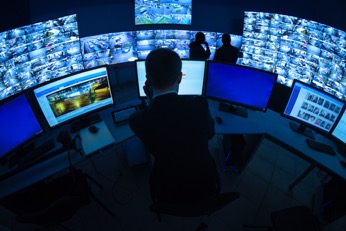 These are urgent times, and governments need to painstakingly protect the security of all people whether they are rich or poor. Settling on choices without considering the outcomes can have detrimental effect on social practices. In the event that human rights are not threatened, technological advancements can expand the general wellbeing and make endeavors to fight the pandemic more effective. On the other hand, racial minority groups living in poverty will have to tackle the outcomes of further discrimination. Kaveh Waddell, a former staff writer at The Atlantic talks about how among all networks in America, low-income networks are the most surveilled territories. Law enforcements and government programs such as food stamps, welfares, and public housing/benefits are all monitoring and gathering data on their users, who are poor. Another study by a law professor Michele Gilman at the University of Baltimore as stated: “Data gathered from those sources can end up feeding back into police systems, leading to a cycle of surveillance. It becomes part of these big-data information flows that most people aren’t aware they’re captured in, but that can have really concrete impacts on opportunities.” These social is- sues can slowly prevent important opportunities for low-income communities who are attempting to better themselves by making the most of these advantages. But, the data-systems are cutting off individuals from achieving a more suitable level of class. Technology in this sense, will carry out discomfort and stress during times of conflict for these communities.

If a digital future will be executed: shouldn’t something be said about most people who are experiencing difficulty getting access to the internet? As professors Winesmith and Anderson have stated: “there’s a privilege with it too, because we have communities that don’t have access, and there’s still a digital divide that we aren’t addressing.” The switch to online learning will leave thousands to even a million students without access to the Internet. While schools remain closed, web-based learning presents new obstacles for CUNY students. Our colleges battled a tremendous measure of stress for students who didn’t have access to laptops after campus shutdowns. Gabriel Sandoval, a researcher at ProPublica discusses that an estimate of 30,000 computers were granted for CUNY students who didn’t have access to laptops.

Nevertheless, a good number of students were not among the fortunate ones. And, numerous students who got their laptops, did not have access to Wi-Fi. In poor communities, it is hard for most families to bear the cost of Wi-Fi access since money goes strictly towards paying bills. The social issue in this factor is: will the odds of dropout increase? Most likely, the lack of access to the Internet or the technology that distance learning requires would diminish the inspiration to complete their education. This way, dropout rates will probably increase drastically for the majority of those living in low-income communities.

What are the consequences of a digital future?

Employment is languishing in the US. At home and abroad, plans to embed robots and computerization advancements to supplant human work are being heard. The pandemic has con- strained corporations and hospitals into accelerating auto innovations and the development of robots to shield us from the virus spread. Such advances are an extraordinary approach to keep societies running more smoothly. But hearing that robots will be assuming control over employments creates grey areas.

According to Darrell West, Vice President of Governance Studies, “McKinsey Global Institute’s analysis of 750 jobs concluded that “45% of paid activities could be automated using ‘currently demonstrated technologies’ and . . . 60% of occupations could have 30% or more of

their processes automated.” A more recent McKinsey report found that 30% of “work activities” could be automated by 2030 and up to 375 million workers worldwide could be affected by emerging technologies.” It’s unavoidable that automation will affect certain professions— reducing the number of overall jobs for working-class people as well as immigrants. Companies like Amazon, Walmart, restaurants, and other related companies are already expected to use technologies to complete certain tasks.

Another study by the Institute for Spatial Economic Analysis at the University of Red- lands stated that “cities — especially Las Vegas; Riverside and– San Bernardino, California; and El Paso, Texas —are especially vulnerable to automation-induced job loss because of their high number of low-skilled positions. Immigrants make up a relatively larger share of these cities’ populations compared with other places in the U.S., and so immigrants will be disproportionately affected.” In the United States, a country where a vast number of immigrant communities exist, low-skilled and low-wage jobs are becoming automated causing many immigrants to lose their positions.

The financial outlook, based on these predictions, seems to be that the rich will get wealthier and the poor will remain less fortunate. The government is just concentrating on the best way to keep up the economy as opposed to confronting the issue of poor communities that will suffer from unemployment. Which is socially unacceptable, as poor communities are the ones that will face great discrimination on income inequality. 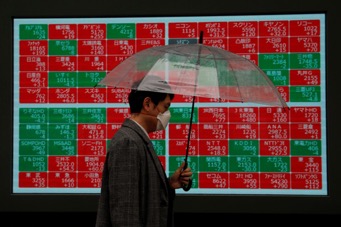 Can we keep our humanity?

Technologies are evolving, and its ability to make us divided socially its unacceptable. Automation technologies are taking over the workforce, causing minority groups and the immigrant population to suffer the consequences of unemployment. Students across the globe are not having access to Wi-Fi or even a simple laptop. Do you believe we can keep our humanity? Is technology robbing us from the qualities that make us human and kind? Social interactions are now remotely through computers which not everyone has access to this technology. These social issues will cause a gap between the privileged and the unprivileged groups of society. At the same time, not surprisingly, when it comes to race— Black and Hispanic households are incredibly affected by the negative advancement of technologies. We should take a closer look at the comprehensive view— a dissociated future will ascend in the control of technologies. We must strive to make technologies match our standards and qualities— by making technologies available to every individual who needs it.

West, Darrell M. “Will Robots and AI Take Your Job? The Economic and Political Consequences of Automation.” Brookings. Brookings, 09 May 2018. Web. 23 June 2020.

Uncategorized
2 comments to “Pandemic Times: Will the technological revolution change the world as we know it?”